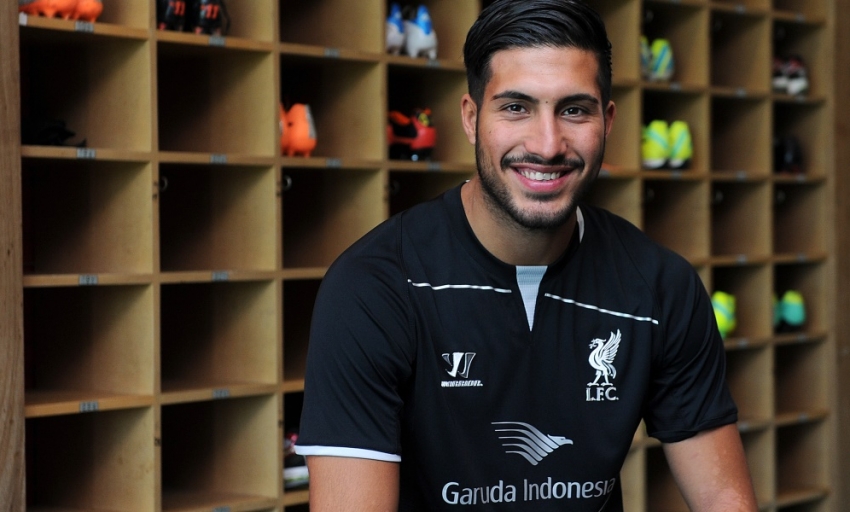 Aston Villa: The view from the opposition

Emre Can welcomes the opportunity to be Liverpool's Mr Versatile as the German thrives on an extended run in Brendan Rodgers' XI.

The No.23 turned in another satisfying showing against Sunderland last weekend, adopting three different roles during the 1-0 victory in the north east.

He started the encounter at the Stadium of Light in the manager's defensive trio, where Can's chance to claim a place began at Burnley on Boxing Day.

There, he was introduced as a half-time substitute and the 21-year-old has impressed enough to retain the position ever since with his calm decision-making.

Rodgers later required the midfielder's services further forward in defeating the Black Cats, as well as on the flank, from where a bursting sprint forced an opponent's dismissal.

"It has always been the case that I have played in different positions," the former Bayern Munich and Bayer Leverkusen starlet reflected to Liverpoolfc.com.

"My favourite position is central midfield and the manager knows that, but if I get a chance to play and help the team I will happily play at the back.

"It's great when you are playing and you don't lose. Nothing comes out of nothing; I think I've performed well and shown what I can do, but I need to keep on improving, and I hope I get a lot more games.

"For me personally, the last few weeks have been better than the weeks before that. I am playing more now and every player enjoys it more when he is on the pitch."

The boss has referred to Can on several occasions as a 'multi-functional' player, highlighting his ease in switching from one set of instructions to another.

It is a skillset that served the Frankfurt native well at his previous employers and means he understands the crucial factors in defending successfully.

Analysing the task of a centre-back, the German said: "Now when I get the ball there is nobody behind me, I've got the whole of the pitch in front of me.

"When you play there, sometimes you need to have better awareness of position, because if you are in the wrong place you can easily concede a goal. So you can't afford to make too many mistakes."

Can celebrated his 21st birthday on Monday and was grateful of the opportunity to spend the landmark occasion with family in his homeland.

A slice of cake aside, however, it was professionalism all the way - with Liverpool gearing up for a hectic second half of the season in four competitions.

"I was lucky on my birthday because I had two days off so I flew back to Germany to see my parents and we ate cake together," he added.

"It was all pretty quiet because we have a lot of games coming up, but I spent it with my family and that was really good."