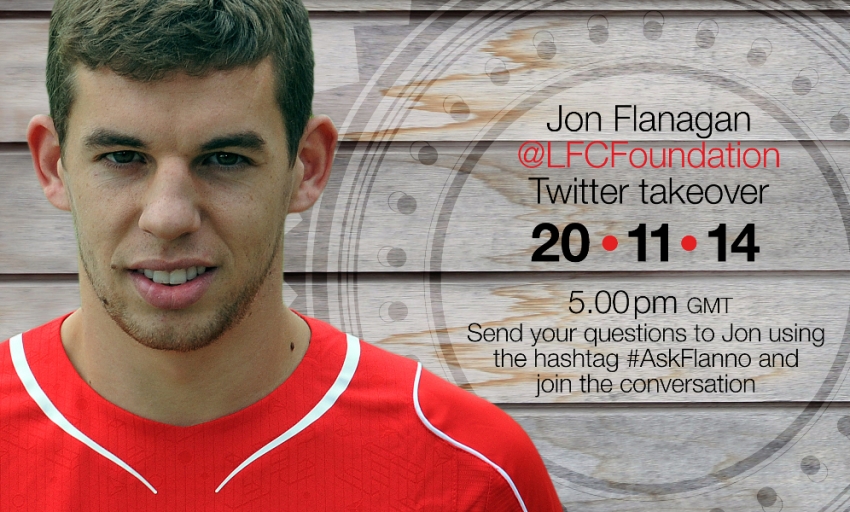 Knowing that Liverpool fans are keenly awaiting his return to full fitness has been providing defender Jon Flanagan with a genuine boost on his rehabilitation road.

The 22-year-old has yet to feature this season due to injury, denying Brendan Rodgers the opportunity to call upon the determined and dependable full-back.

Following on from a campaign in which the Scouser forced his way into a team battling all the way for the Barclays Premier League title, this period out has proven hugely frustrating.

They say absence makes the heart grow fonder, however, and that is certainly the case with Flanagan - a local lad who enjoys particular appreciation among Kopites.

That feeling is reciprocated too, with the No.38 revealing how the thought of supporters wishing him a speedy comeback has eased the difficulties of a spell on the sidelines.

"It's great to hear that the fans haven't forgotten me," he told the official Liverpool FC magazine, with his typically modest approach to accepting praise.

"When you hear that, you know people are rooting for you and want to see you back playing again. It gives me even more motivation to recover and get back out on the pitch as soon as possible."

Flanagan continued: "I've been out for what has felt like a really long time. It's been very frustrating. When the rest of the lads have been travelling to away games, I've been in having treatment or doing rehab work.

"That is one of the downsides of football that people don't see. You're out of routine because you are used to training and playing, being around the squad and having a laugh on a daily basis.

"Once you are injured, your schedule changes completely. You have to rest on different days and work on other areas - it's not nice but it has to be done and will be worth all the effort in the end.

"I've got in the team before and kept my place. Now I need to do that again." 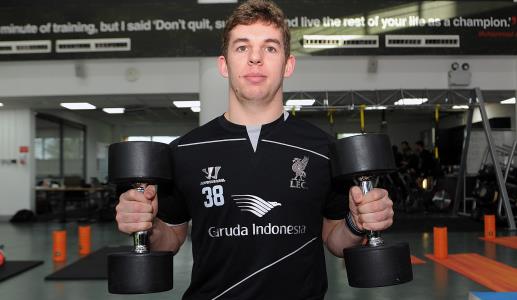 Since the Englishman last pulled on a Liverpool shirt, Rodgers has recruited a full-back on either flank in the form of Spaniards Javier Manquillo and Alberto Moreno.

Flanagan's immediate reaction to the increased competition at Anfield was a positive one, seeing the challenge as an opportunity to further improve his abilities.

He said: "When I saw that we signed two full-backs, I immediately thought 'I need to up my game now'. I know I need to consistently do well if I'm to get in the team and then stay there.

"I want to keep developing as a footballer. That's why not being available has been so frustrating. But competition for places doesn't bother me. I'm always up for the fight."