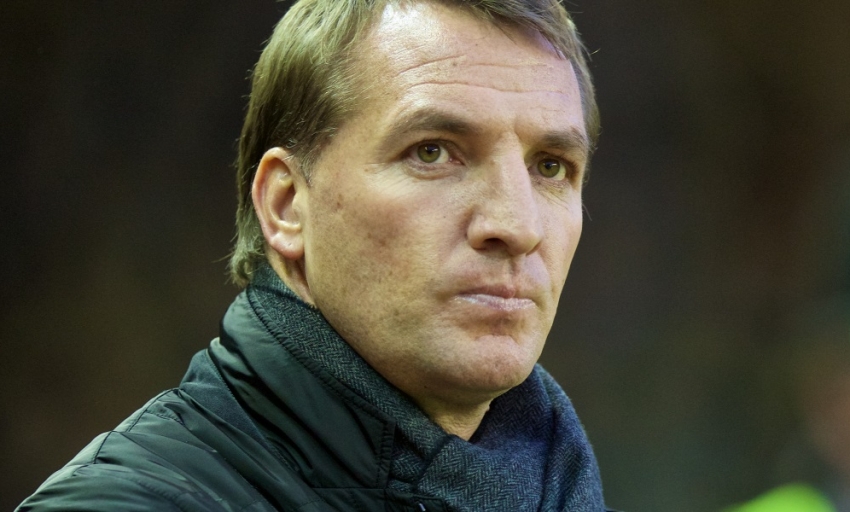 Brendan Rodgers accepted that mistakes cost Liverpool dearly after Leicester City battled from two goals behind to claim a 2-2 draw in the Barclays Premier League at Anfield today.

A pair of penalties from Steven Gerrard, both clinically converted by the captain, had earned the Reds a healthy advantage heading into half-time as they sought a third straight win.

But a troublesome period after the interval saw Nigel Pearson's Foxes register successive long-range efforts through substitute David Nugent and Jeffrey Schlupp to secure a point.

In an honest post-match assessment of the contest, Rodgers explained why his side's display had not been of the requisite standard and pointed to the manner in which goals were conceded.

"We probably got what we deserved in the end," the Northern Irishman commented. "I don't think we played well, in all honesty, and I thought Leicester played very well.

"We found ourselves 2-0 up in a game that we didn't deserve to be, but we still created chances - in particular in the second half. But it was always a dangerous game.

"Leicester played very well and have got players with speed at the top end of the field, which always makes it dangerous.

"We're obviously disappointed at being 2-0 up and conceding the goals that we did - really poor goals, giving the ball away so cheaply, not defending well enough when you are getting shots scored from outside the box."

The manager continued: "It was interesting because we talked about it. We had a plan in place in terms of after the opponent scores or after we score, looking at that five-minute spell and an idea of what to do and how to work that.

"Unfortunately, we failed to do that. We gave away simple moments of possession; passes that are simple, we gave the ball away. We recovered the ball again and then lost it again.

"From that, you've got to defend better. For their second goal, [Riyad Mahrez] has got in. We had them all locked in, lots of numbers on one side of the field so that he can't come out of that.

"He ended up coming across and sliding it in; then we had to do better on the edge of the box. The shot came in too easy. You've got to be strong and aggressive and block that.

"They played well, let's give them credit as well. It shows you how the league is - it's a very unforgiving league. Leicester are bottom of the table but absolutely played really well today.

"Over this busy period, we've got seven points out of nine. At 2-0 up, even playing as poorly as we did, we should have closed that out. But we didn't and it's a point."

With his team leading 2-0, Rodgers had been forced into making an early second-half change when Adam Lallana limped from the field after sustaining a knock.

His withdrawal meant a shuffle in Liverpool's attacking pack, and journalists asked the boss whether he felt it ultimately impacted the outcome of the contest.

"He's got a tweak in his thigh, so we'll see how that is," he said, first offering an update on what required Lallana to be substituted.

"We were trying to risk the game at the end - we went to three at the back and stuck on an extra attacker. In the last 10 minutes, we were throwing everything at it to get the win. Tactically, we had to risk.

"We took off a defender and put on an extra attacker, knowing there was still danger in the game because of their speed, but we're an attacking team that wants to get the win - and we had a great chance towards the end to get the result [a header from Lazar Markovic].

"It just wasn't to be and you'll see across the country a lot of fatigue in teams today. We'll take a point and move on."

The Reds went into the clash on the back of an effervescent performance against Swansea City on Monday evening when a stylish, attacking display was handsomely rewarded with a comprehensive 4-1 success.

But they could not serve up a similar kind of showing against Leicester and Rodgers felt his team were guilty of making too many errors and thus unable to recreate the energetic efforts they have generated in recent weeks.

The manager added: "It was a terrific performance against Swansea, but today we weren't bright enough on the ball and we didn't keep it for long enough.

"The rhythm of our passing was a bit slower than normal. We didn't start the game well, but we were fortunate enough to get ourselves a penalty which put us 1-0 up and gives you a bit of comfort.

"Then we found ourselves 2-0 up - they were two great penalties by Stevie, who showed great composure. That should be enough then to go and play the game, but we just made too many mistakes.

"There'll be a number of reasons for it, but we couldn't be as creative and as bright as we have been in the last few weeks."