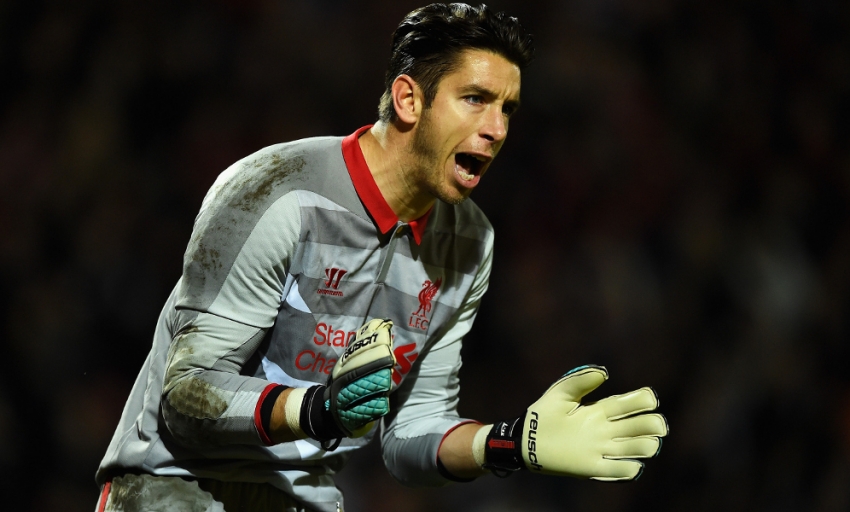 Brad Jones has outlined his determination to grasp his first-team opportunity with both gloves and maintain his place in the Liverpool starting line-up for as long as possible.

The Australian goalkeeper has began each of the Reds' past three matches, replacing Simon Mignolet between the sticks.

Now Jones is eager to ensure his name remains on Brendan Rodgers' teamsheet for an extended run as the hectic festive period continues at Burnley on Boxing Day.

He said: "It's been good to be back in the team. I always want to play as many games as I can and to be given the opportunity.

"I am happy to go out there, try to do my best to help the team and hope that I do well enough to play the next one.

"In football, and especially with goalkeepers, circumstances dictate how much you do and when you do it. Sometimes you might not have a chance to do anything. I just try to play as best as I can in every aspect."

Explaining how he discovered he'd be playing in the fixture, the 32-year-old said: "We were in the team meeting before the United game and the manager turned the sheet over to show who was playing and my name was on it.

"It was a big game to come into but it wasn't something I was affected by or worried about. You just have to go out there and do the business.

"The manager hasn't said anything about how long I'll be in the team. Indefinite means no timescale.

"It is just up to me to go out and do my best and hold on to it for as long as I can.

"If it is a couple of weeks, a couple of months, we will see. I just have to make the most of it."

Despite dislodging Mignolet in goal in recent weeks, Jones insists there are no issues between the custodians as they compete for the gloves.

"Simon and I have a very good relationship. For us, it's business as usual," he added.

"We are old enough to know there is nothing petty between players. It is the manager's decision.

"We just crack on in training and work as hard as we can. We want to improve each other. We try to push each other as much as possible. That hasn't changed one bit.

"We've seen in the past at other clubs things happen between players which creates a bad atmosphere. But we get along well and have tried to be as professional as we can.

"Whoever is playing, we want results and we want to get the team up the table. As soon as we get those points and start moving up the table, everyone is happy."