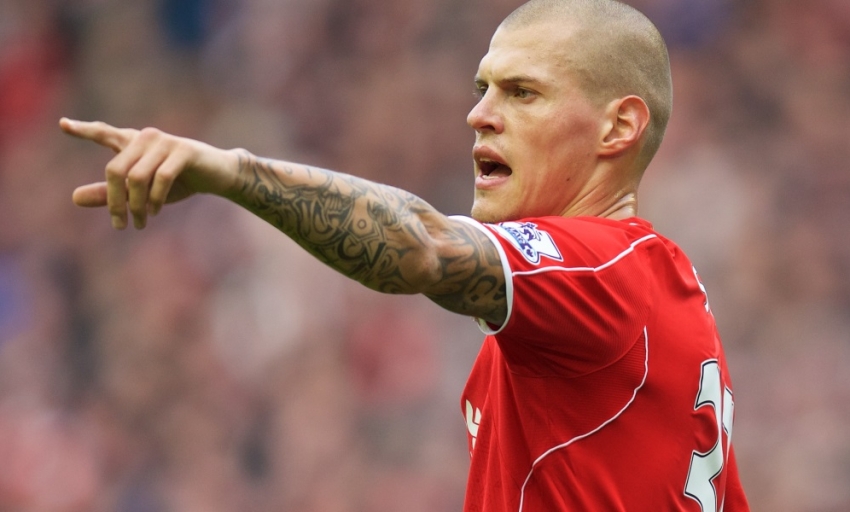 Martin Skrtel has shared his appreciation for the support he receives from Liverpool fans as a calendar year of dramatic football and high emotion draws towards a conclusion.

The centre-back headed home his sixth goal of 2014 to salvage a deserved point from a 2-2 draw with Arsenal on Sunday, rising to unstoppably plant home in front of the Kop on 97 minutes.

As his powerful finish soared beyond Wojciech Szczesny and nestled between the goalframe, Anfield became a cacophony of noise, hailing what was the minimum result Brendan Rodgers' side had earned with a strong performance.

It was also another personal and collective moment to savour at the ground, where supporters have been treated to a number of unforgettable afternoons and evenings in the past 12 months.

Skrtel's five previous efforts had been achieved during the Reds' surge to second place in the Barclays Premier League last season, including a brace when the Gunners were thrashed 5-1 in February.

Following his latest contribution to the cause, the defender took to his official website to pay a special tribute to Kopites for their backing this year and look ahead to a prosperous 2015.

"I would like to wish you Merry Christmas and thank you from my heart for your support throughout this year," the Slovakian commented.

"We had our highs and lows but you always stood by me, so I would like to thank you once again for that. Your support is very important to me.

"So, once again, have some rest, enjoy the festive period and I wish you all the best in the upcoming year."

Reflecting on the powerful Kop end header, which had Anfield rocking deep into added time, Skrtel continued: "It was a great goal and a big one for us.

"To get a point was reward for fighting right to the end. I am glad for myself because I've had a few chances this season but couldn't score and now I've finally scored.

"That goal and the performance can help turn things around because there has been a lot of criticism of us this season. I hope it will change and we'll be better in the second half of the season."