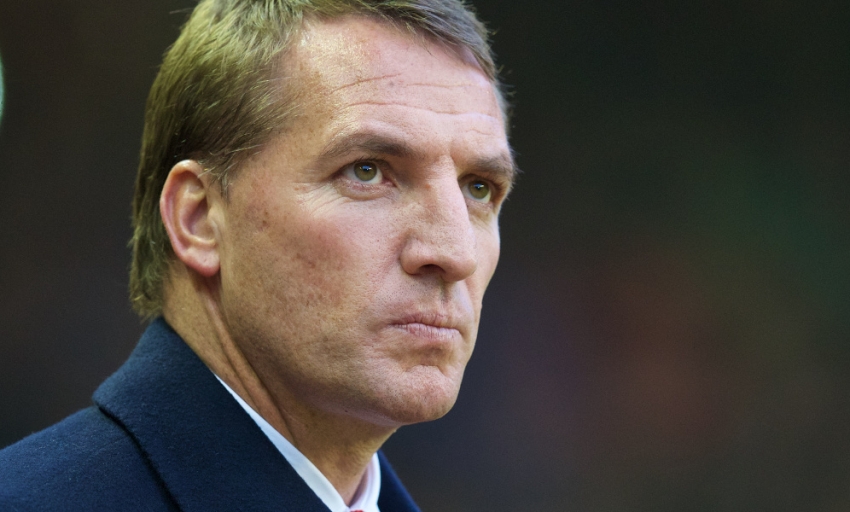 Brendan Rodgers attributes Liverpool's upturn in form to an improved showing of their battling qualities that has underpinned their three-match unbeaten run.

After a Champions League draw away to Ludogorets Razgrad in Bulgaria, the Reds returned to Barclays Premier League action with victories over Stoke City and Leicester City.

Rodgers explained how he's been delighted by the response and reaction of his players to the recent 3-1 defeat to Crystal Palace, which came immediately prior to the trip to Sofia.

Speaking after watching his side beat Leicester 3-1 at the King Power Stadium on Tuesday night, Rodgers told Liverpoolfc.com: "After the Palace game, for me we couldn't have got any lower than that. We were poor in the game, poor in our performance and even worse than that in terms of our competitive edge.

"We're working our way back - the players battled really, really well [against Leicester].

"You've got to earn the right to play football. After Palace, we recognised that's important and the players that are in there are fighting, they're working and getting the results.

"Bit by bit, we're climbing our way back up the table again."

Liverpool were required to display their character to secure all three points in the Midlands against Leicester.

They initially fell behind when Leonardo Ulloa's shot crept in after ricocheting off firstly the post and then Simon Mignolet's back.

Adam Lallana drew the Reds instantly level before Steven Gerrard's crisp finish put them in front after the break, allowing Jordan Henderson to wrap up the three points in the 83rd minute.

Rodgers reflected: "It was a very good performance and an even better victory for us. Leicester had only lost once here all season and played some very good sides at home.

"For us to come away with the 3-1 win, we had to work hard and dig deep at times, but I said at half-time that I felt if we could defend a bit better and bit higher in the second half, we could go on and win the game.

"In the second half, we pressed the game better and looked a real threat going forward."