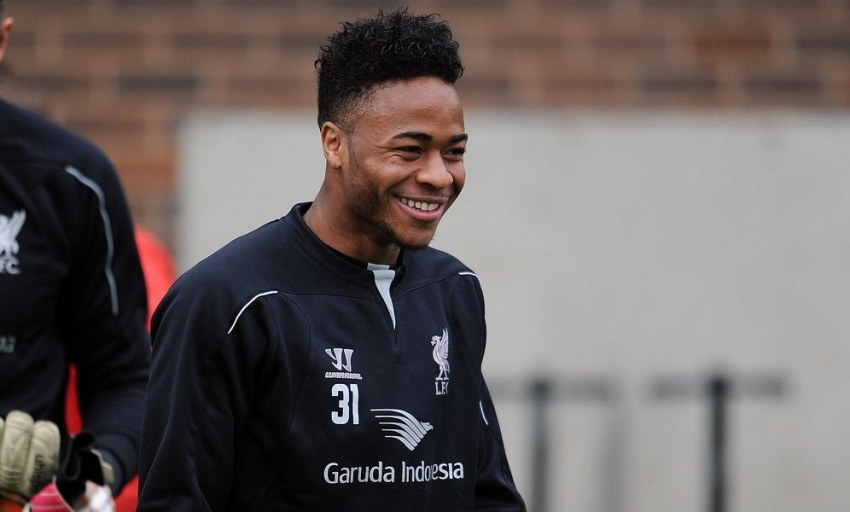 Raheem Sterling is confident he can achieve great success with Liverpool and insists he wants to play for the club for 'as long as possible'.

The 19-year-old winger has blossomed into one of the game's most exciting talents under the tutelage of Brendan Rodgers, and sees himself as a Red for many years to come.

"Hopefully I can achieve the goals I want to achieve here at Liverpool in years to come," said Sterling.

"I am happy to be here for as long as possible. I am just happy to play football at this football club for many years to come."

Sterling was speaking to journalists earlier this week as Liverpool's first-team squad made a visit to the club's Academy in Kirkby to meet budding stars of the future.

The No.31 is well acquainted with the complex having progressed through the ranks there prior to making the switch to Melwood and, ultimately, the senior side.

"I remember I was training hard at the Academy and the manager gave me an opportunity and I would like to think that I have taken that opportunity," Sterling reflected.

"Hopefully it can be an example to the other kids here now that this is a manager who does give you a chance to train with the first team and play games. He has shown that on numerous occasions.

"If I could see myself two years ago I would just say listen to the advice of the people around you - particularly the manager - are giving you. Stay focused on playing football only and lead a professional lifestyle from the word go.

"Try to get better every day, not just in playing, but in everything. That was probably my slight weakness in that I was not leading the lifestyle I should have been off the pitch - not resting when I should have been, stuff like that.

"That is something I have brought in with maturity, having that rest period I should have.

"I wasn't in the team at the start of last season but I knew I could develop and really turn things around. That was my big moment - being on the bench. That time out really helped me."

Such has been Sterling's speedy rise to prominence over the last two years, the teenager admitted he was taken aback by the sight of his jersey nestling alongside those of Steven Gerrard and Robbie Fowler in a tribute to those who have made the grade in a display at the Academy.

"When I first walked in I was like 'what's that doing up there?' I couldn't stop staring at it. Obviously it is nice to see things like that," he said.

"There are some great names on display there and it is a bit of surprise to see my name among them.

"The time has gone so quickly. A lot of the stuff at the Academy has changed since I was last here. It has been a real quick journey and hopefully it can be an even better one in the future."

After a successful and enjoyable day in Kirkby, Sterling's focus has now turned to Sunday and aiding Liverpool's attempt to get back to winning ways.

The Reds take on Crystal Palace at Selhurst Park and the England international is relishing the responsibility of helping the team try and turn the tide after three successive defeats.

"As a young player it is difficult to sometimes impose yourself on games but it is something that I am learning to do and something I need to deal with if I want to get to the level I feel I can reach," said Sterling.

"It is something I need to accept and hopefully I can cope with it. There is pressure but I try not to think about it too much and just concentrate on your own game and enjoy my football.

"Even in our last game against Chelsea, I thought it was a game that could have turned our season around.

"I thought we played well at times and we just need that one result and one good team performance to kick us on.

"Then I think the confidence will be right back up there. Hopefully it will be at Palace."