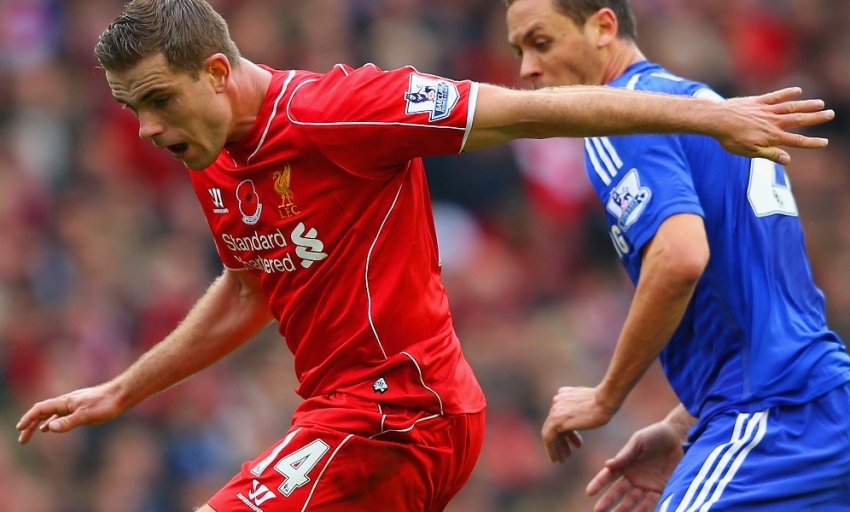 Liverpool must quickly begin to produce their best for an entire 90 minutes if they are to end a frustrating run of results, according to vice-captain Jordan Henderson.

But, after restoring parity through Gary Cahill within a matter of moments, the top-of-the-table visitors slowly turned the screw and claimed three points after Diego Costa struck a winner.

Having now lost their past three fixtures, Henderson is all too aware of the need to record a victory as soon as possible - and, following the final whistle, the midfielder outlined how that may happen.

He told Liverpoolfc.com: "We were back to ourselves in terms of the way we start games - especially getting the goal early on, and we were at a really high tempo in getting the ball back.

"That was a positive. But we've still got to improve in a lot of areas.

"We kept going and kept fighting. We had started really well in the game; their goal knocked us a little bit. But we probably deserved something out of the game.

"It's just concentration and making sure that we're doing it over 90 minutes and not just over the first 20. That's the most important thing. We've got to bounce back now and kick on.

"There is a lot of character. You saw that we kept going right until the end and should have had a penalty. We'll keep fighting. I'm sure we'll bounce back from this."