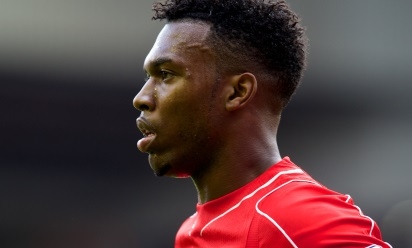 Liverpool striker Daniel Sturridge has been out on the field at Melwood as he continues his comeback from a calf injury but remains sidelined from action, Brendan Rodgers reported today.

The 25-year-old has not played for the Reds since August 31 after suffering an initial thigh problem and later being set back in his attempt to return by a new issue picked up in training.

Rodgers' side welcome Sturridge's former club, Chelsea, to Anfield for a Barclays Premier League contest on Saturday lunchtime, seeking to bounce back from two consecutive 1-0 defeats.

But they will be without their prolific No.15. Asked at his pre-match press conference for a fitness update on the forward, the manager explained how he requires further rehabilitation.

"He's out on the field today with the rehab team, he was moving very well," the Northern Irishman said at the training ground. "But he's probably a little bit of time away."