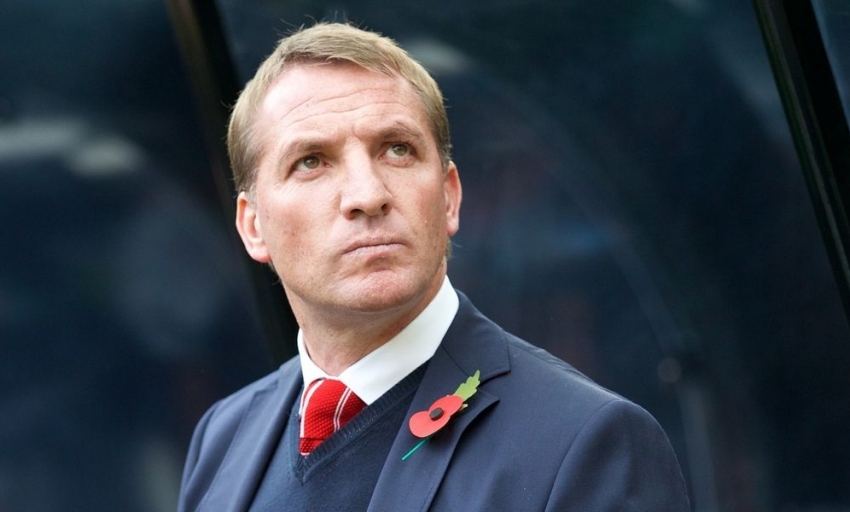 Disappointment for Reds at St James'

Brendan Rodgers admitted Liverpool were left to rue a defensive mistake after they were beaten 1-0 by Newcastle United on Saturday, but felt his team were worthy of a share of the spoils from the contest.

Ayoze Perez capitilised on a heavy touch from Alberto Moreno inside the penalty area, to lash home the game's only goal with 17 minutes left to play at St James' Park.

In truth, it was an afternoon that saw little by the way of clear-cut chances and Rodgers acknowledged his frustration at the fact the Reds will return to Merseyside having suffered defeat.

He told his post-match press conference: "It was disappointing. I didn't think we deserved to lose the game, but we didn't do enough to win it.

"We had enough of the ball and good movement in front of the ball, but we just lacked that bit of creativity and invention in the final third of the field.

"Anything we had to deal with up until the goal, we dealt well with defensively - there were no real issues. But we made a mistake and the mistake, unfortunately, has cost us the game and that's the biggest disappointment.

"If you can't score the goals to win the game, then it's important that you don't concede. Up until that point, we were solid defensively."

Rodgers continued: "I came here to bring in a way of working that creates and scores goals. It's something that's not really working for us at the moment. But the players are very committed to their work, they're working very hard.

"It was unfortunate today - we made a mistake and got punished for it. There's no magic formula, you've just got to keep working well with the players that we've got and continue to hope that you get that bit of luck, and that confidence in the final third of the pitch can return."

Journalists inside St James' Park press room quizzed Rodgers on why he felt his side haven't been able to match the kind of goal ratio they set themselves last season.

"Over the last 18 months, we were a team that was a real threat going forward," said the boss. "We've lost probably 80 per cent of our goals out of the team with Luis [Suarez] going and Dan [Sturridge's injury].

"We can't keep going on about it but it is an item as to why we're not getting so many goals.

"When you're a team that can score goals, that gives the team confidence. At the moment, we're finding the goals a little bit harder to come by, but it's not through lack of effort. The players are working tirelessly on the training field, working very hard.

"Last season we scored a lot of early goals and we haven't been able to do that so much this season. It's one of a number of reasons."

He added: "One thing I'll never question in the group that I work with is their hunger, commitment and desire to play for Liverpool and in the game. Unfortunately, whenever you lose a game like that these sorts of things get pointed out. In terms of commitment, my players have 100 per cent commitment to their work and it just wasn't their day."

Next up for Liverpool is a trip to Spain to take on Real Madrid in the Champions League on Tuesday evening.

The Reds were beaten 3-0 by the reigning European Cup holders at Anfield recently, but Rodgers insists his side will head to the Bernabeu fully focused on trying to obtain a positive outcome.

"We've worked very hard over a couple of years to get to this level," he said. "To play Real Madrid at the Bernabeu tells us that we've been doing okay. But of course, we're in a transition phase. We want to be better and we need to be better. So the game Tuesday night is a wonderful game for us.

"We're still very much in the group to qualify, which is the objective. It's a big ask playing against arguably the best team in the world at the moment.

"But we'll go into it with confidence. The players will be back up again after today's result and we'll go into that game looking to get something from it."

Asked if Liverpool would be feeling any additional pressure to get a result following the reversal at St James' Park, Rodgers replied: "There are pressures in every game at Liverpool. It's not just Tuesday night.

"Every game there's always that expectancy, which only exists at a number of clubs around the word. It's there every time we play. We understand that, we accept that - it's part of being involved as a manager and a coach and a player at Liverpool.

"We'll go into that game on Tuesday and the players will have their confidence back. We'll get in, go back to work tomorrow on the training field and reintroduce that way of working and hopefully we can get a good result."

Meanwhile, Rodgers was asked by journalists about the future of Steven Gerrard and the possibility of a new contract.

He replied: "It's quite straightforward. I had a meeting over a week or so with Steven's representative, explaining the situation - I very much want him to be a part of what we're doing here.

"He's been a brilliant captain for me, in both his performance and captaincy at the club. He's been fantastic.

"I relayed that information to the ownership - that we want to keep him here. I'm sure they will go away with that and then Steven's representatives will hopefully organise a deal because he is very much part of what I'm doing here.

"And, of course, he's a unique player and a unique person with a special talent and someone that we want to offer that respect to."