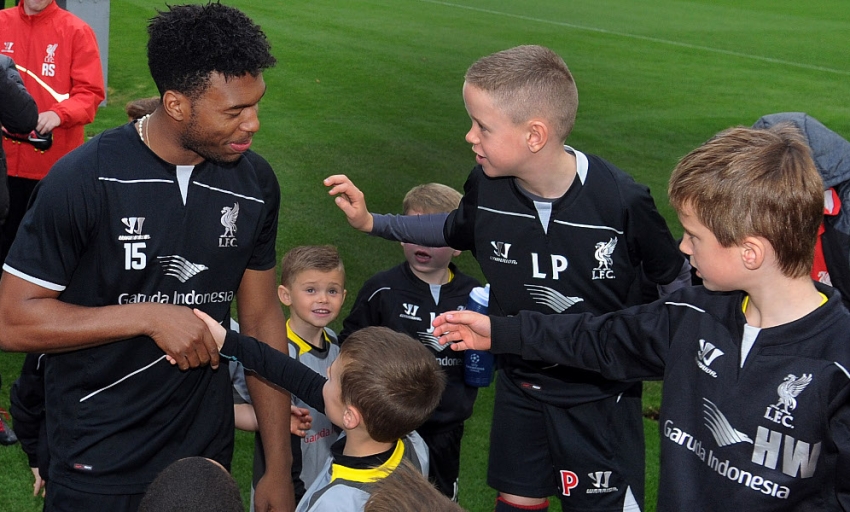 Liverpool's youngest Academy players descended on Melwood this week to train on the pristine pitches – and first-team stars Daniel Sturridge and Adam Lallana were on hand to greet them.

The club's U7s were already savouring a day to remember on Monday when Sturridge dropped by to pass on pointers, chat to the star-struck youngsters and take centre stage for a special group picture.

Then, on Wednesday, it was the turn of the U8s to train at the West Derby complex - a five-mile trip from their usual home in Kirkby - and they were visited by summer signing Lallana.

It was a week where the club's youngest could take advantage of the state-of-the-art facilities where the likes of Steven Gerrard, Raheem Sterling and co are put through their paces by Brendan Rodgers.

They were also treated to a special, educational tour of Anfield in order to acquaint the youngsters with Liverpool and its rich history, while bolstering a bond between the boys and the club that will hopefully last for years to come.

We've got a gallery full of brilliant photographs from the training sessions at Melwood, complete with group shots that include Sturridge and Lallana, for you to browse through below.