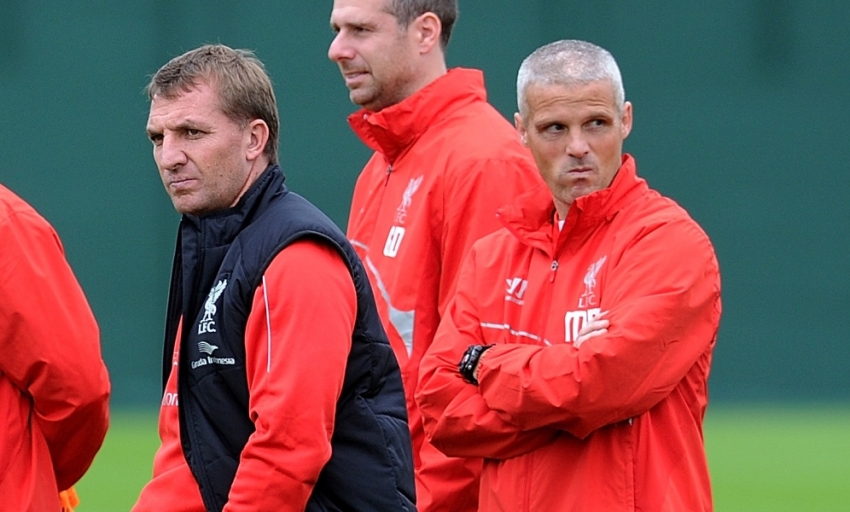 Video: 'This team put Liverpool on the map'

With a Barclays Premier League victory behind them and a clutch of players on the verge of respective returns from injury, Mike Marsh is confident Liverpool can cope with a fixture list that shows seven ties in 21 days from Sunday.

Beginning with a journey to Queens Park Rangers this weekend and concluding with a home match against Chelsea on November 8, the Reds face a septet of games in three weeks - including two meetings with European champions Real Madrid.

Demanding though that prospect may be, Marsh places absolute faith in the methodologies utilised at Melwood to garner the highest levels of fitness from Brendan Rodgers' squad for the hectic schedule.

With Daniel Sturridge potentially available at QPR, Emre Can 'doing fine' and a number of others on the comeback trail, the first-team coach is targeting a positive follow-up to the vital victory over West Bromwich Albion before the international break.

"It was a big boost and it was important," Marsh told Liverpoolfc.com of a result secured courtesy of goals in either half by Adam Lallana and Jordan Henderson at Anfield.

"It was important we won that game because there's a long time between West Brom and QPR. It was nice to get the three points because it gives you a bit of breathing space to go into the next one.

"We know it's a tough fixture list with the amount of games and the quality of the opposition so we know it's going to be tough, but the more players we have available the better.

"Our fitness programmes have been well documented. We try to recover the players as best we can to prepare for the game. We have a couple of days' recovery after the game and we work with the group of players for the next game.

"We do quite a lot of analysis with the players so we break them up into smaller groups and feed back in different ways."