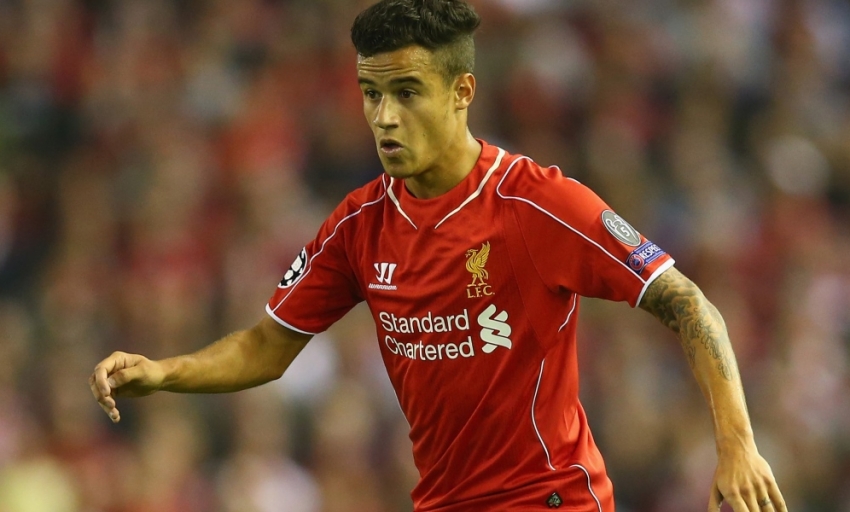 Liverpool duo Philippe Coutinho and Jordan Henderson will be assessed this week after Brendan Rodgers confirmed today that the pair have picked up groin and hip injuries respectively.

The former was not included in the matchday squad to take on West Ham United on Saturday due to a groin problem and is 'highly unlikely' to feature in the Capital One Cup against Middlesbrough.

Vice-captain Henderson, meanwhile, will have a hip strain monitored as the manager prepares his squad for the visit of the Championship outfit for a third round tie tomorrow evening.

"We just need to assess one or two," Rodgers explained to reporters gathered at Anfield for a pre-match press conference this afternoon.

"Jordan Henderson picked up a knock so we need to assess where he's at. And Philippe Coutinho is highly unlikely for tomorrow as well."

Continuing his update on the options available for selection, the boss outlined how the current situation could provide an opportunity for a number of young players.

"We haven't got any guys returning," he said. "Glen Johnson is still out. Joe Allen and Emre Can aren't fit. Daniel Sturridge won't be fit. Young Jon Flanagan has obviously had his operation.

"So we've got a few injuries to cope with but it'll always give a chance to one or two of our younger players, who are doing very well at the Academy, to get a chance to be in the squad. That's my first look."

However, there is no fitness concern for Javier Manquillo, who was substituted with just 20 minutes on the clock during the weekend defeat at Upton Park.

Rodgers stressed that the replacement of the Spanish full-back was a wholly tactical alteration and reiterated his appreciation for what the defender has offered since arriving in the summer.

The Northern Irishman added: "I spoke to him yesterday - it was purely a tactical decision. The boy has been fantastic since he came in. He's fine.

"I felt that at 2-0 after 20 minutes, we were struggling in the game. I didn't want to wait to make a change.

"We went to three centre-halves and changed to 3-5-2, just to give West Ham something else to think about. We got a goal, back to 2-1, but couldn't find the finishing touch to get anything else."