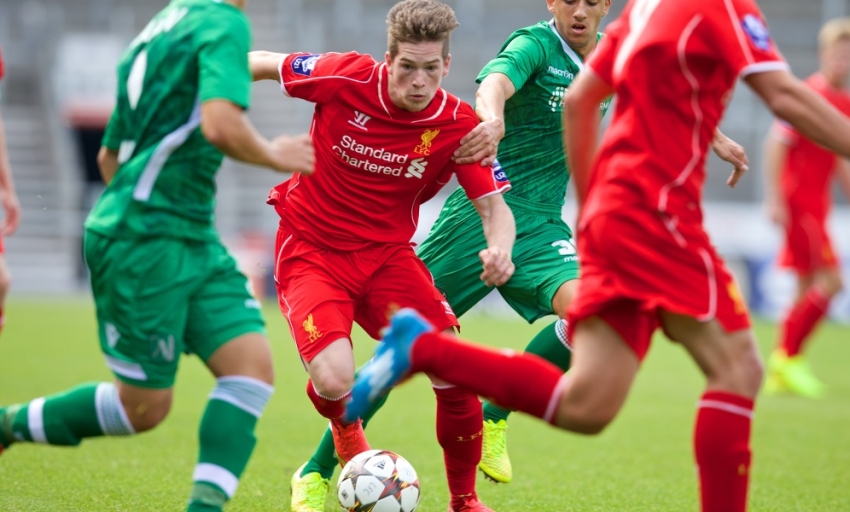 Anfield will play host to the first team's return to Champions League action tonight after a five-year absence, but first it was the turn of Neil Critchley's youngsters to take to the European stage.

Their performance, especially in the first half, set the bar high. Full of energy and verve from the offset, they carved the visitors open with three goals in the space of nine minutes before the interval.

Jerome Sinclair, Daniel Cleary and Alex O'Hanlon all found the back of the net as Ludogorets were blown away by a combination of direct, incisive play and sheer pace provided by the Reds' young wingers.

Then, with five minutes of normal time remaining, Harry Wilson's free-kick cannoned into the path of Sinclair, who completed a comprehensive victory from close range.

It was to Sinclair that the first meaningful chance of the afternoon fell, on 15 minutes. Sam Hart flung an inviting cross towards the edge of the six-yard box. His teammate was waiting there, in a yard of space, but the striker nodded wide with the goal at his mercy.

Liverpool were certainly bright, the sharper of the two sides. Their red shirts darted across the pristine Langtree turf as the sun beat down and it was the fleet-footed Ryan Kent who seemed to shine the brightest. Acres of space opened up in front of him each time the ball found its way out to the right.

Critchley's men were dangerous down the opposite flank, too. Sheyi Ojo was a constant menace in the advanced position, while steaming forward at any given opportunity from the left-back role was the impressive Hart, who supplied Liverpool's first goal in the 30th minute.

Ojo poked a pass into his path and the Bolton native was onto the ball in a flash, galloping forward through the heart of the Ludogorets defence before curling an early, exquisite pass to Sinclair, who finished calmly.

It was 2-0 to Liverpool in the 38th minute when Cleary, the Reds' Dublin-born centre-back, improvised exceptionally in the opposition half to clinch a stunning second for his side. The defender found O'Hanlon with the outside of his boot to kick-start the move before storming the penalty area to head home a return pass.

Liverpool were rampant and within a minute they made it 3-0. Ludogorets relinquished possession from the kick-off and Kent blazed forward, eating up the ground effortlessly before squaring to O'Hanlon. The Reds' No.10 needed two touches, and had just seconds to take them, but he did so expertly to notch the third.

The second half was a much tighter affair. Jordan Rossiter, his usual industrious self at the heart of the Liverpool side, almost deceived the Ludogorets' stopper with a whipped free-kick to his near post but the youngster's effort crept wide.

In the 65th minute, Critchley opted to withdraw Kent, only to replenish the Reds' attacking threat with the introduction of the returning Wilson. Pedro Chirivella came on to replace Cameron Brannagan.

From there, neither team managed to threaten the opposition goal until Wilson arrowed a free-kick low towards goal, where it struck the post and bounced into the path of Sinclair, who made it 4-0.