Liverpool Football Club welcomed representatives from the Federation of Indian Chambers of Commerce and Industry (FICCI) and the All India Football Federation (AIFF) to Anfield on Monday. 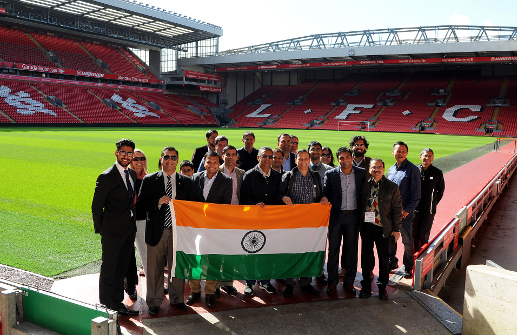 The Indian delegation are visiting the UK as part of Soccerex, a leading convention focused on the football industry which is taking place in Manchester between September 6-10.

The group took the opportunity to come to Merseyside and strengthen ties between the club and a number of key Indian football industry influencers.

The group were given a private tour of Anfield and the Reds' official training ground at Melwood as, well as a guided tour of the Liverpool FC Story - the club's interactive museum.

Rajpal Singh, director of FICCI, said: "FICCI would like to thank Liverpool Football Club for their wonderful hospitality and educating our representatives from India on their global and Indian initiatives."