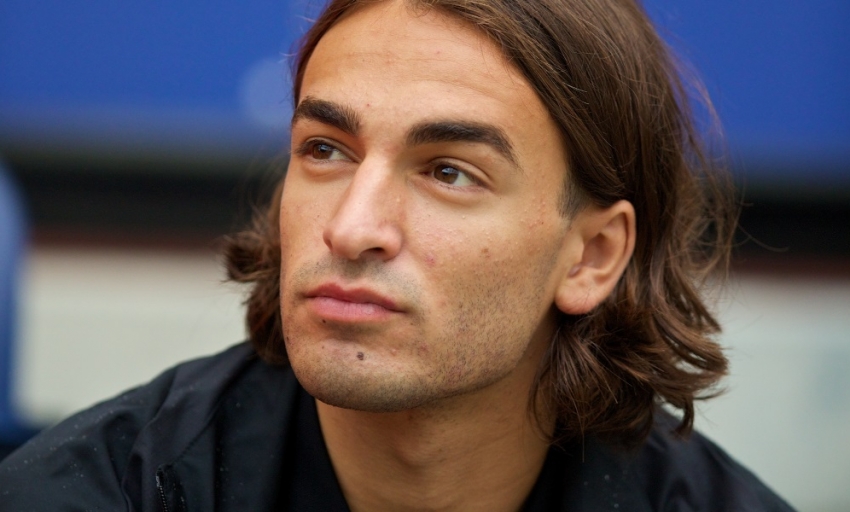 Teixeira on target again for Brighton

The 20-year-old was an avid watcher of Brendan Rodgers' swashbuckling team in 2013-14, seeing on television the style and panache with which the side ultimately took second place.

Since then, Markovic has joined the Reds himself, sealing a switch from Benfica midway through July after spending a single, but thoroughly productive, campaign with the Portuguese giants.

On Friday, Rodgers revealed that the No.50 is available for the squad to face Manchester City tomorrow evening following a short period on the sidelines with injury.

The Serb is eager to get started too, and plans to transfer the skills that earned individual plaudits in his home country and Portugal to Merseyside and the Barclays Premier League.

"Liverpool are one of the best clubs in the world and I felt last season they were the strongest team in the Premier League. It was bad luck that they didn't win it.

"I watched Liverpool all the time last season. They were very good and luck played its part as to why they didn't win the league. They should have been champions."

Markovic's attention was not solely focused on how events were unfolding on the pitch, however, no matter how exhilarating the campaign overseen by Rodgers became.

No, the talented attacker was equally taken by the passion exuding from the supporters in the stands - a phenomenon he has enjoyed at every stage of his career so far.

He added: "The way the Liverpool fans are appealed to me. I have been lucky enough to have been at Partizan and Benfica, two clubs with passionate supporters."