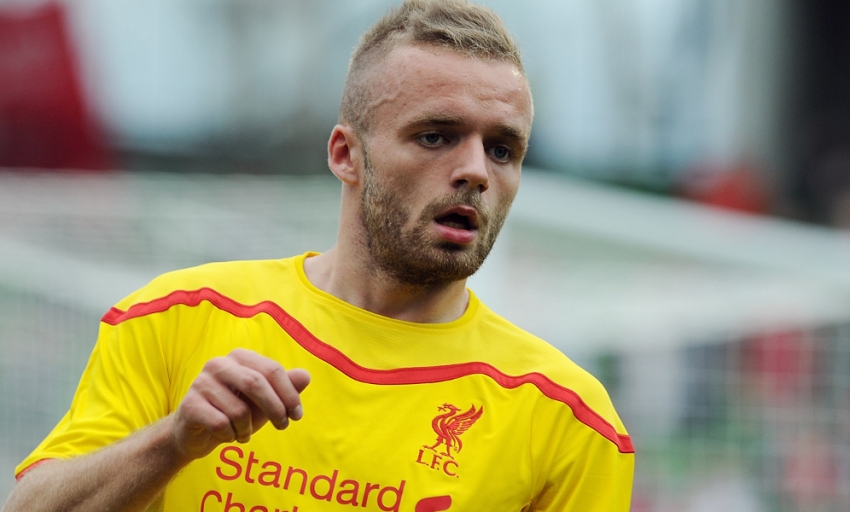 An injury-time goal from Ryan McLaughlin ensured Michael Beale's first match in charge of Liverpool U21s ended in a 1-0 win over Sunderland.

In the opening Barclays U21 Premier League game of 2014-15, a lively encounter at the Eppleton Colliery Welfare Ground witnessed chances for both sides, though it appeared as though the spoils would be shared.

However, with 91 minutes on the clock, McLaughlin displayed no signs of fatigue, bursting into the area from the left and drilling a low effort into the bottom corner to secure a dramatic victory.

After an evenly contested opening to Beale's maiden match at the helm of the U21s, the encounter sprung into life as it neared the half-hour mark.

First, Sheyi Ojo delivered an inviting centre following a powerful run forward that Cameron Brannagan was unlucky not to convert.

At the other end, an inventive passage of play from Sunderland required a fine challenge from summer arrival Kevin Stewart to thwart Liam Agnew on the edge of the six-yard box.

On 35 minutes, Liverpool saw strong appeals for a penalty waved away by the referee. A surge from deep by Jordan Rossiter resulted in the Liverpudlian midfielder crashing to the ground as he broke into the area, under close attention from Agnew.

However, the best chance of the opening half fell to the hosts when Andrew Cartwright's pinpoint delivery from the right picked out the unmarked Duncan Watmore, but he contrived to side foot across the face of goal and wide of the far post.

The second half began in similar fashion, with both sides posing plenty of questions of their opponents.

Seven minutes in, Cabral dispossessed McLaughlin inside the Liverpool half and strode forward, before slipping Mikael Mandron into space, but his low drive was repelled by the boot of Danny Ward.

Back came Liverpool and Kris Peterson pounced upon a wayward ball from Cabral before powering into the box; however, the young Swedish forward was left clutching his head in his hands after Maksymilian Stryjek mustered a block.

On 74 minutes, the Reds were afforded a let-off when Watmore was sent bearing down on goal. The Sunderland forward attempted to loft the ball over Ward, but a flick of the right hand from the goalkeeper was able to deny an opening goal.

Liverpool broke quickly and Ojo raided down the left before cutting the ball back for Peterson, whose seemingly goal-bound effort was blocked by the legs of a defender.

With time ebbing away, McLaughlin brought an acrobatic stop out of Stryjek after cutting in from the left and letting fly with a right-foot curler.

Beale's side were finishing the stronger and soon after, Lloyd Jones should have perhaps done better when he nodded wide from Rossiter's deep centre when unmarked at the back post.

Next, a clever one-two between Peterson and McLaughlin resulted in the former finding shooting space inside the box. His effort arrowed the wrong side of the far upright when a goal appeared inevitable.

Liverpool's pressure finally told in the 91st minute, though, when McLaughlin sprung into the box and fired a loose ball into the bottom corner to seal a 1-0 win over the Black Cats.

The U21s are back in action on Friday night at Anfield against Manchester United - a game you can watch live on LFCTV GO.