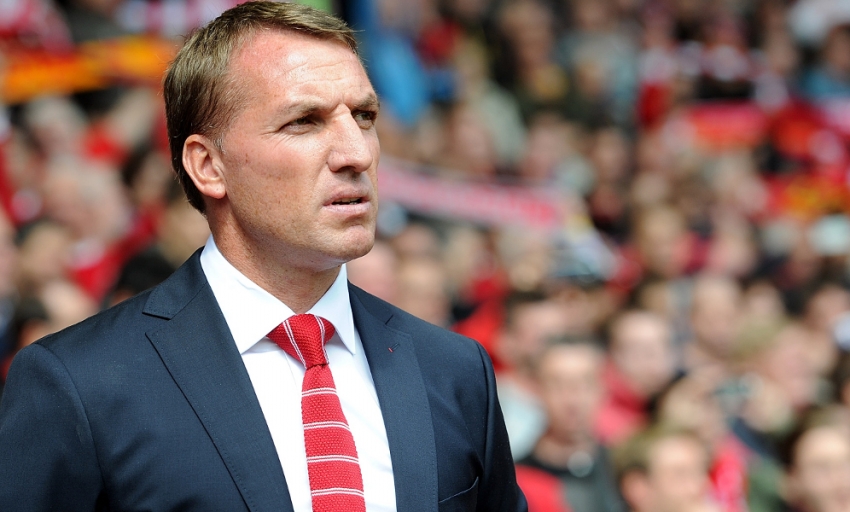 Brendan Rodgers revealed how he received a text message from Luis Suarez on Sunday morning wishing his former club all the best for their first game of the new season against Southampton.

Ahead of Liverpool's 2-1 opening-weekend victory over the Saints, the Uruguayan, who joined Barcelona earlier this summer after three and a half years at Anfield, sent his support to his ex-colleagues.

Rodgers explained the gesture to reporters in his post-match press conference following the clash, during which he also reiterated his desire to add another striker to the Reds ranks before the close of the transfer window.

When asked how he felt Liverpool would fare without Suarez this season, the boss said: "Our ambitions here at Liverpool, they have to be bigger than one player - I've said that repeatedly. Big clubs will lose players. Our ambition is bigger than Luis.

"He sent us a lovely text this morning wishing us all the best and that [he hopes] we start strong. It was a great gesture.

"He's a friend of Liverpool now. But we look forward. We're bigger than any one single player.

"I do still think we want another striker. It's something we'll look at, but it'll depend on the availability of one. We'll search for that through until the end of the window.

"But you see the players and the quality we have. The fluency will come and today was about the win - and we got the win."

Asked if he responded to the text message from Suarez, Rodgers replied: "I did, yes. He's a good boy, but he's gone. His heart is with Liverpool and he'll always be Liverpool. It was a lovely touch."

Goal of the Day: Suarez secures victory at Arsenal