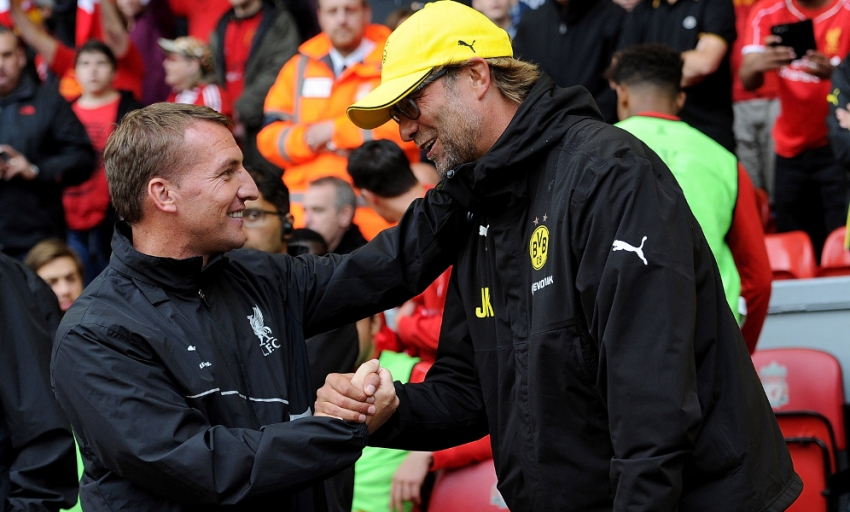 Behind the scenes in the press box

After watching his side dismantled 4-0 by them on Sunday, Borussia Dortmund boss Jurgen Klopp predicted Liverpool can build on last season and enjoy another successful campaign.

The Reds defeated the German side in their final pre-season friendly of the summer and are now gearing up for the weekend's Barclays Premier League opener with Southampton.

Brendan Rodgers' men will aim to pick up where they left off after a stunning 2013-14 in which they narrowly missed out on being crowned champions - and Klopp feels everything is in place for a prosperous season at Anfield.

"It's a great club and they did well last year - I saw it," said the Dortmund manager.

"If you make the right decisions after you miss [the title] you can be stronger.

"Maybe Liverpool this year is the big team in the Premier League. We will see."