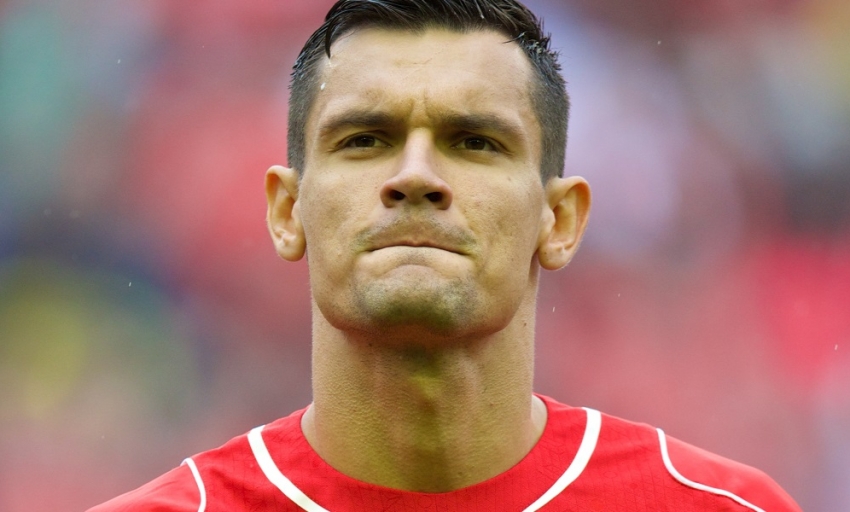 'Perfect' and 'outstanding' were the words selected by Brendan Rodgers to describe the debut Liverpool performances of Dejan Lovren and Javier Manquillo against Borussia Dortmund today.

Both summer signings made bows for their new club as the Reds concluded pre-season preparations with a hugely impressive 4-0 victory over the German outfit at Anfield this afternoon.

Lovren marked an eye-catching defensive display with a headed goal midway through the opening period, while Manquillo showed his qualities not only at the back, but also moving forward.

Rodgers was sufficiently pleased with the duo's initial contribution and spoke glowingly about the pair when analysing the 90 minutes at his post-match press conference.

"I've been really pleased with all of the signings because they have all come in as part of our strategy and the types of profile of players that we want," said the manager.

"Of the two boys that played today, Dejan was perfect - he's what we've been looking for since Jamie Carragher left. He's a very dominant centre-half.

"He'll go and attack the ball, reads the game incredibly well and you can see his leadership qualities with his talking and guidance of the back four.

"You also saw his range of pass on both sides, left foot and right foot. His pass into [Philippe] Coutinho for the first goal was wrapped in with his left foot and that creates the nick around the corner to get us the goal.

"Like he showed us last year, he is dominant in the air in the other box, attacking it. I thought he was excellent.

"And young Javier Manquillo was outstanding, at 20 and playing his first game at Anfield having only joined this week. His fitness level was very good.

"He's the type of full-back I like - he can get tight to people, stop crosses and defend well, but also then has the energy to attack and get forward. He was very, very good."

Rodgers has so far strengthened his squad options with seven new recruits and his assessment continued with an explanation of why increased depth is of significant importance.

The Northern Irishman added: "One of the pleasing things for me today was that I could make changes in the game, put players on and still feel we were strong.

"That hasn't been the case since I've been here just because of a lack of depth. But today I felt we could still make changes and keep the desire and commitment - and the quality, very importantly - within the team.

"With maybe one or two more to come, by the end of August we'll hopefully have good depth in our squad to challenge."

In scenes particularly reminiscent of last season, the pace and panache of the Reds' football proved far too much for European challengers Dortmund to cope with.

Daniel Sturridge kicked off the scoring and Lovren extended the lead, while Coutinho and Jordan Henderson capped fine moves in the second half to provide deserved gloss to the scoreline.

"I'm delighted," admitted Rodgers. "They have been one of the leading teams in European football for the last three or four seasons. They have got an identity.

"But I thought we were excellent today; it brings a great end to what has been a really good pre-season for us.

"You saw the identity in our team that has been building up in the last couple of seasons, in terms of the desire and commitment aligned with the quality that we have.

"We got four really good goals and maybe could have had a few more. We'll be ready; we've got a behind-closed-doors game this week and then looking at next weekend, we'll be ready and looking forward to it."