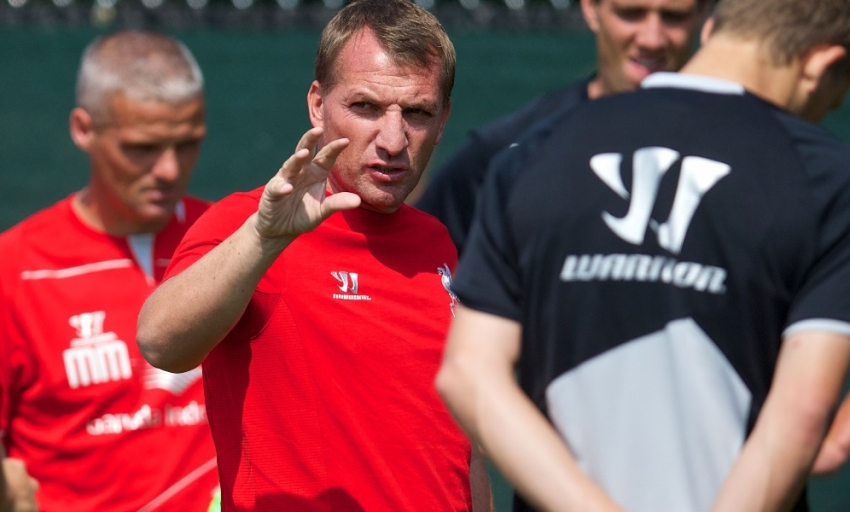 Austin Powers: I love our style

Brendan Rodgers explained why he plans to further fine-tune his squad before the close of the summer transfer window, while praising the character of the players already at his disposal.

Liverpool came from behind twice against Manchester City on Wednesday evening to ultimately beat the reigning English title holders on penalties in the International Champions Cup.

Post-match, the manager was quizzed at his press conference on how content he is with the options available for the Reds as the beginning of the new campaign approaches ever closer.

Though six new signings have already been secured since a second-place finish in the 2013-14 Barclays Premier League, Rodgers is hoping to bolster the group further next month.

He said: "We still have some positions that we want to fill within the squad so that by the end of August we have a strong group of players to go forward with. We've still got some business to do."

The boss was also asked specifically about centre-back Sebastian Coates, who has been given the chance to stake his claim with a number of appearances during pre-season.

"Every player has an opportunity," said the Northern Irishman. "Seba was out for a lot of last season. He's done well in pre-season, he has been very composed on the ball and he passes it well. He has done well."

The Reds are now in pole position to reach the final of the tournament in the United States, with one more group fixture to navigate, against AC Milan in Charlotte on Saturday evening.

Having now contested five pre-season fixtures, Rodgers is confident that the squad is moulding together effectively, building on the tangible spirit fostered during his tenure.

He continued: "We've brought in specific players for specific roles, players that have the profile of how we work. It's going to take a little bit more time than normal in terms of their induction.

"But for a lot of the players that have come in, the transition has been very smooth - they are good characters with good personality and fit the criteria that we want in terms of the model of our game.

"That should make the adjustment that bit easier. Of course some of them are young and coming to a different country, like Emre Can. That will take a little bit of time.

"But what we have seen overall is something that has been a trademark of this team over the last 18 months - character. Even in a pre-season game, it was highly competitive and the players showed character to keep going and come back.

"They made some very good blocks and defended well. It was a really good game. The players are transitioning very well, though it will take a little bit of time."