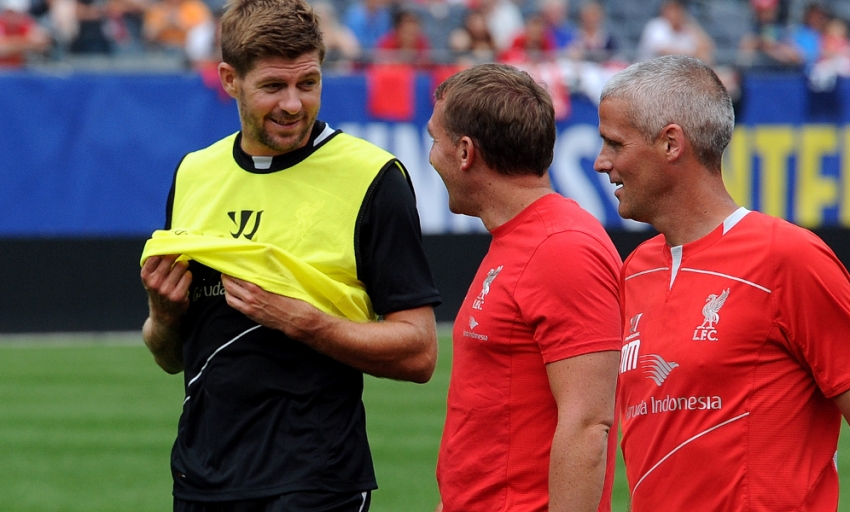 Video: Dan and Stevie in Chicago

In an open and honest interview with LFCTV's Claire Rourke, Liverpool captain Steven Gerrard opens up about last season's achievements in the Premier League and his ambitions for 2014-15. Watch the interview in full now.

Liverpool's inspirational No.8 also talks in depth about his decision to retire from international football and how Brendan Rodgers has him believing of title glory.

He also gives his assessment of the new players to have arrived at the club this summer.

In the revealing interview, reflecting on last season, Gerrard said: "When you play at this level the margins are so tight, so when you fall short of something having been within touching distance the emotions are still going to be raw and will take time to get over.

"The only way to do that is to go and achieve something this season. But the longer I've reflected upon it and analysed the season, you can look back and be proud of your teammates.

"I think the fans will agree with me that the performance levels last season were incredible. Some of our performances were top-drawer.

"I believe we are in a much better place now than we were this time last year. The reason being because we've got the taste, the know-how and the experience of being in a title race. If we can use the hurt of falling short last season in our favour then hopefully we can go one better.

"I think this is the first time in a long time that I can be confident of telling people that we are the real deal and are real title contenders before a ball has been kicked."