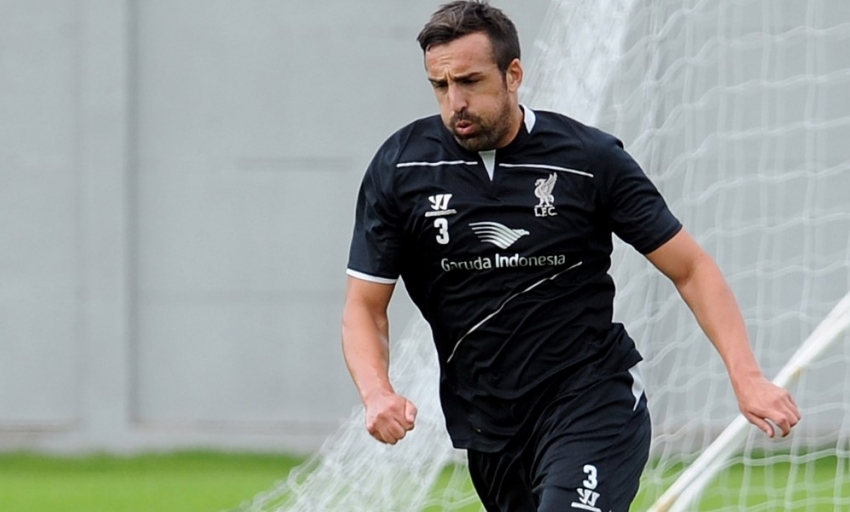 Gallery: Pre-season kicks off at Melwood

The warm smile etched across Jose Enrique's face on Monday told the story of a defender who is relishing the prospect of enhancing the options available for Liverpool in the upcoming season.

As the Reds were swashbuckling their way to second place in the Barclays Premier League in 2013-14, injury issues destroyed the Spaniard's hopes of being involved in a dramatic title race.

All that has been forgotten now, though, the frustration washed away by an approach to full fitness and the chance to stride onto the turf at Melwood for the opening training session of the campaign.

"I've been here for a week already," Enrique told Liverpoolfc.com once the day's tasks, ranging from condition tests to short drills, had concluded.

"I've been here since last week and I'm really happy - I've been waiting for this moment for so long. I'm feeling great.

"You can work on your own, but when you work with other people it's different. They told me little by little, I have to be careful, because I don't want a setback.

"I've been working with the physios; I only stopped for a week but for the rest of the holidays, I have been working because I have to be completely fit for this season."

Enrique is preparing for his fourth season as a Liverpool player, although this one will bring a new challenge that he has not faced at any other time in his career: the Champions League.

The No.3 continued: "Next season we have four competitions so everyone is going to have games. That's even better for my teammates and me as well.

"Of course, there are still so many players to come from the World Cup. But I see everyone so excited; the atmosphere is amazing, like always, so everyone is really looking forward to it."