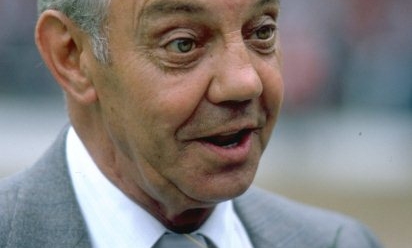 The minutes that made LFC history...

To celebrate 30 years since Liverpool won a unique treble back in 1984, we get the view from the Blue half of the city and a rival manager who tells us why Joe Fagan's achievements should never be forgotten.

Howard Kendall was in charge of Everton when Liverpool faced their rivals from across Stanley Park in the first all-Merseyside cup final at Wembley.

It was an unforgettable experience for the city as rivals supporters travelled to the Milk Cup final together and stood side by side to bellow a spine-tingling rendition of 'Merseyside, Merseyside'.

Reflecting on the moment, Kendall told Liverpoolfc.com: "It was a unique occasion and something that would never happen anywhere else.

"It was really special for the city because it was the first all-Merseyside cup final and we [Everton] weren't having the best of times ourselves that season.

"It was a proud moment walking out with Joe onto the pitch. The competition now is not as important as it was back then.

"Liverpool were way ahead of us at that particular time. Going to Wembley was a magnificent occasion and it gave our fans a great lift because we were getting up to the standard and quality they had.

"I remember the replay at Maine Road when Graeme Souness got the winner, but [the game at Wembley] really was a special final."

Kendall has kept a special photograph of himself and Fagan, together at Anfield, surrounded by the trophies the pair won at Liverpool and Everton.

It is a treasured momento that reminds him of a man he had huge respect and admiration for.

"I think Joe was underrated in terms of not being mentioned often enough for his achievements," he added.

"Joe didn't get the appreciation Bill Shankly and Bob Paisley did. Although he inherited good players, a good team, their backroom staff were all managers really and did such a great job.

"Joe was only in the job for two years. When you think about what Shankly and Paisley did, it's natural he is overlooked because of the two years, but for me you just have see the picture with all the trophies he won in one season. That gives you the answer and tells you how good he was." 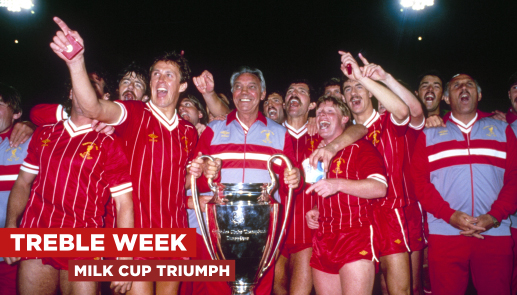