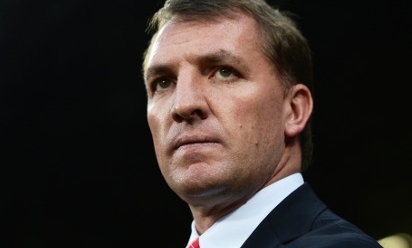 Gallery: How new away kit was launched

Brendan Rodgers will seek out players who fit a very particular profile over the coming months as he looks to take Liverpool to the next level.

The manager intends to bolster a squad which made stunning progress throughout 2013-14, vying with Manchester City for the Barclays Premier League title right up until the final day of the campaign.

He refused to be drawn on individual targets, but the Northern Irishman did offer an insight into the sort of talent he will be looking to recruit throughout the summer.

Rodgers made it clear he requires intensity and a 'hunger' to be successful from a player - adding into this a willingness to learn and, crucially, the ability to operate in a variety of roles.

Speaking to journalists following the Reds' 4-0 win over Shamrock Rovers at the Aviva Stadium on Wednesday night, the manager elaborated on his vision for potential recruits.

"Our criteria that we look for is players with strong technique and football intelligence," said the 41-year-old.

"They need to mentally have the attitude and the capacity to learn. And they have to be so hungry to fight for every ball on every day in training and in the game.

"You'll get some players who are specialists and who need to play in particular positions, but if we can get players in who are multi-functional, and can play in different roles and are multi-dimensional in their work, it sets us up and gives me more options as a coach."

Flexibility has become an integral aspect of Liverpool's progression under Rodgers since he took charge of the club in June 2012 and particularly throughout the last 12 months.

Formations and tactics altered seamlessly in the Reds' favour en route to the club securing a return to Champions League football for the first time in five years at the end of a remarkable season.

Rodgers insists such variety will be vital throughout the squad if his team is to progress on all fronts next season - and that will have an effect on how summer dealings pan out.

"We've developed tactically over the last couple of years," said Rodgers. "Our style has been the same, but the structure of the team has changed a number of times in order to fit the needs of the games and to give problems to the opponent.

"In order to do that, you need players with the capacity to be tactically intelligent. It also allows you to keep your squad smaller and tighter.

"Like you saw against Shamrock - Jordon Ibe is a young player, 18 years of age. We're coaching and developing him. He's been a wide player traditionally in a 4-3-3, but he came in for the second half and played at the top of a diamond. And he showed wonderful intelligence and quality, technically and tactically, to play."