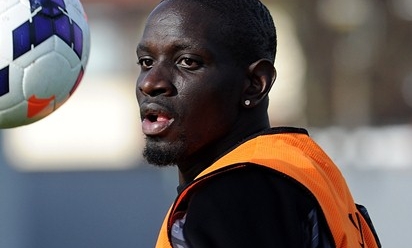 Get tickets for LFC U21s at Anfield on Friday

Mamadou Sakho insists Liverpool must remain 'true to themselves' and forget about Sunday's defeat by Chelsea as they prepare to enter the final two matches of the season.

The Reds saw an 11-match winning run brought to a halt with a 2-0 Anfield loss to the Londoners last weekend, though they remain in first place in the Barclays Premier League table.

With two games remaining, however, the compact nature of the division means there's no room for error at the top - but Sakho insists Brendan Rodgers' side should continue as normal.

"We have to remain calm and relaxed. Like I said, everything is going well, even though we lost that game. But that defeat, it's in the past now, it's behind us.

"We now have to focus on what's ahead of us, meaning the next two games. And we mustn't change anything, we should remain true to ourselves and play our own game and then try and win those two matches so we can grab those six points."

Sakho believes Liverpool have the mental resoluteness to overcome Sunday's setback and feels they've already demonstrated that during this campaign.

"I think we have shown great strength of character this season," he continued.

"It's all happened in a quite natural way because the team gets on really well together, we have a fantastic manager, exceptional backroom staff and magnificent supporters.

Though they slipped to defeat against Chelsea, Liverpool's supporters ended the game in full voice with a defiant rendition of 'You'll Never Walk Alone'.

Sakho shared his opinion that just as the players do, fans have a role to play in the final two fixtures.

He said: "The support is fantastic. This is the Liverpool family. The supporters are very, very important for the team and the club.

"When people tell me Liverpool are a good team, I say it's not just the players and the staff - it is the players, staff and the city. For me, Liverpool is a country because the supporters are fantastic."

The Frenchman added: "Throughout this season we've both been equally valuable. The supporters have been fantastic all season but so have the players, it's been a joint effort, so we can thank them and they can thank us."