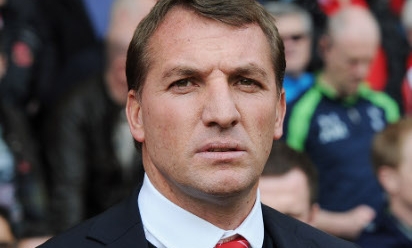 Brendan Rodgers paid tribute to Liverpool's supporters after they rolled back the years to generate a stunning Anfield atmosphere and provide the perfect backdrop to a 4-0 thrashing of Tottenham Hotspur on Sunday.

It was the loudest and most fervent support the boss has witnessed during his time at the club. The fans knew they had a part to play and those in red out on the pitch responded to the raucous din.

Tottenham were on the ropes immediately when Raheem Sterling released Glen Johnson and the full-back's dangerous cross was bundled into the net by Younes Kaboul after two minutes.

Kaboul was then ambushed by Luis Suarez, who surged beyond Michael Dawson to slot Liverpool's second before Philippe Coutinho made it 3-0 and Jordan Henderson completed the rout.

Afterwards, Rodgers gave a glowing appraisal of both players and supporters - and stressed how the dominant display had been a culmination of Liverpool's work throughout his tenure so far.

"We love playing at Anfield," the manager told reporters. "The support today was incredible and that's only going to intensify as the season goes on. You can see it works for us, rather than against us.

"That's as good as I've heard Anfield since I've been a manager here. The two forces [fans and players] together made us a real tough opponent today.

"We had real dominance in the game right from the first whistle. I thought it was an exceptional performance. It was an outstanding team performance and I thought the supporters were brilliant today.

"Everything we've been working towards over this last year-and-a-half, in terms of without the ball; that hunger and intensity to get the ball back, from the first whistle to the end [was there].

"Then our dominance in possession was very impressive. We had long spells with the ball trying to tire Tottenham out, open up the space and then we've got the penetration at the top of the field." 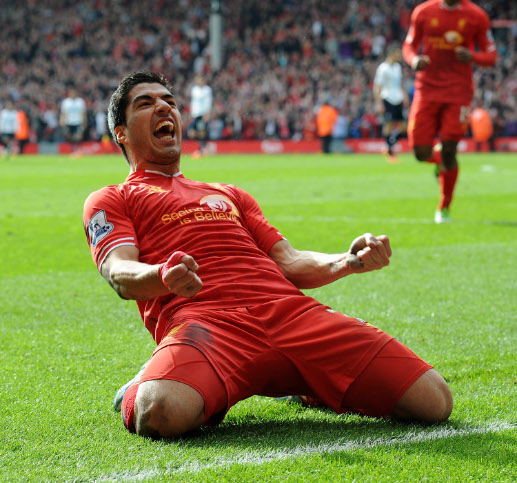 The victory moved Liverpool back to the summit of the Barclays Premier League, with just six games remaining in what has been a whirlwind campaign so far.

The manager was inevitably asked for his thoughts on the pressures which lie ahead between now and May; however, Rodgers refused to be drawn, insisting he and the players will remain completely calm.

"I just feel a huge privilege to be here and be given the freedom to work," said the Northern Irishman. "We're trying to make something that's sustainable here - not just for this season, we're trying to grow and develop this club.

"It's fantastic the supporters now have hope because there are only six games to go. I enjoy it, it's why I've worked hard all of my life since I was a young boy, travelling throughout Europe to find out about some of the top leagues and teams.

"I don't think anybody expected us to be where we are. The last few seasons we have been eighth and we finished seventh last year. We go into every game to win and I expect it. What's been great to see is that idea and methodology of our work bearing fruit in the game.

"There are still some great teams up there and some world-class managers. We understand it's going to be very difficult, but we just control what we can do - and if we can do that, we'll just see where it takes us." 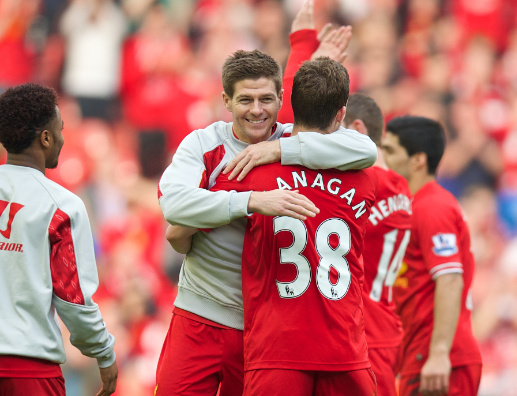