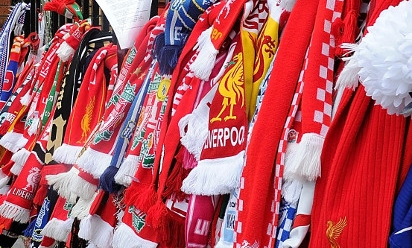 Liverpool Football Club has announced its campaign to unify all sports fans from across the world in remembering the 96 supporters who tragically lost their lives at Hillsborough.

To commemorate the 25th anniversary of the disaster, which occurred on April 15, 1989, the club are asking fans, followers, sporting institutions and general sports fans to donate a scarf as a sign of global unity for the Hillsborough families.

Each scarf received will be laid out on the pitch at Anfield on the day of the annual Hillsborough memorial service - Tuesday, April 15 - in the shape of the number '96'.

The club invite any kind of club scarf, no matter what sport they represent, and request that submissions are made no later than Tuesday, April 8.

Those donating scarves are also encouraged to write a personal note to the Hillsborough families on their chosen item, for an additional sign of support on the 25th anniversary.

Margaret Aspinall, chair of the Hillsborough Family Support Group, which is planning the memorial service, commented: "The annual memorial service in memory of the 96 is always a moving occasion for the families and survivors.

"We already receive so much support from people worldwide, but if we could create what would be a fantastic symbol of unity on the pitch from donated scarves from across the world, this would be a truly moving way of bringing the world together for the 25th anniversary of Hillsborough."

All donated scarves should be sent to: Hillsborough Scarves, 20 Chapel Street, Liverpool, L3 9AG - and should arrive by Tuesday, April 8 to be guaranteed to be included in the pitch display during the memorial service.

International supporters are advised to check international postage times, costs and import logistics ahead of sending their donation; the club will not be able to pay for postage of donated scarves.

Kenny Dalglish has also written to all 92 English league clubs as well as the English, Northern Irish, Scottish and Welsh national teams to ask for their support by way of donating their club scarf to the proposed symbol of 96.

After the service, the club's official charity, the Liverpool FC Foundation, will donate all scarves to local good causes, including homeless charities, along with a signed item of LFC memorabilia. Therefore, the club unfortunately will not be able to return donated scarves.