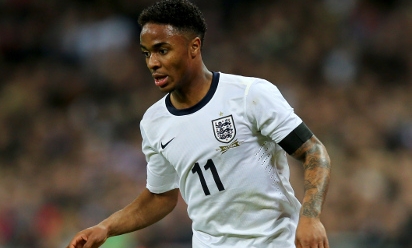 'Outstanding' is the adjective Jordan Henderson chose when asked to sum up Raheem Sterling's impressive return to the England fold against Denmark on Wednesday night.

The Liverpool winger turned in a man-of-the-match display at Wembley to help the Three Lions to a 1-0 victory on his second appearance for his country.

"Raheem has been fantastic for us at Liverpool and he was again," Henderson told the Liverpool Echo afterwards.

"He was really positive and wanted to get on the ball all the time and get at players.

"Nothing fazes Raheem. He was outstanding and hopefully he can continue playing like that between now and the end of the season."

It was the first time since 1977 an England team had included five Reds players in their starting line-up.

"It shows you how well we have done this season," Henderson reflected.

"We are all working really well together and linking up brilliantly. We have to try to bring that into the England set-up as much as we can."

For Henderson, it was a first England appearance since November last year, reflecting his superlative Liverpool form this season.

"I'm playing with a lot of confidence and I'm loving playing football at the minute," he said.

"Things have been going well for Liverpool and to get another call up for England gave me a boost as well. Hopefully I can keep going for the rest of the season.

"It would mean everything to me to go to the World Cup and represent my country.

"First and foremost, I need to do a job for Liverpool. I'll give my all between now and the end of the season. If I do that then I will have a good chance."