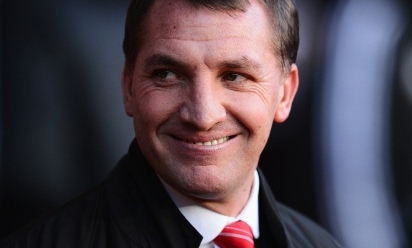 Brendan Rodgers told Liverpool fans to bask in the feeling of their side being second in the Barclays Premier League, but personally maintained a sense of calm after the 3-0 win over Southampton on Saturday.

The Reds produced a display of clinical efficiency on the south coast, stemming the threats of the hosts and striking back through Luis Suarez, substitute Raheem Sterling and Steven Gerrard's late penalty.

Victory at St Mary's followed defeat for close rivals Arsenal earlier in the day - a set of circumstances which allowed Rodgers' team to leap two places into second position in the standings with 10 fixtures remaining.

"It's my job," the manager reflected after the final whistle. "My ambition is for the club - I want the club to succeed.

"We've made many changes on and off the field in the time I've been here, but what we have created is a one-club mentality. Now when anyone talks about Liverpool, it's about the football, and that's very pleasing.

"We still have a lot of work to do in terms of where I want to take the team. It's great to have a group of players that are very honest and want to go with you on the journey. You can see by their work-rate, intensity and quality that we're improving all the time.

"We'll stay calm. It's good for the supporters to dream. It's great for them because they've seen the evolution of this team over the last 18 months - and we've been constantly for over a year progressing and performing at a good level.

"We stay calm, we don't get too carried away and we always just focus on the next game. After Swansea we knew this was going to be a really difficult game here today.

"They've scored in all but two games here, have some wonderful players and the manager is excellent. For us to come and play as we did today and find the solution to nullify that threat was impressive."

The Northern Irishman altered both his starting XI and his system for the encounter against Southampton, with Joe Allen named in place of Sterling as part of a diamond formation in midfield.

In response, three goals and a first clean sheet in six matches were recorded - prompting Rodgers to describe the display as a 'really significant performance' in his team's continuing evolution.

He explained: "That's what we've been working towards since I've been here. The systems are relevant - we can look at each game and analyse the strengths of what we have available against the opponent we're playing.

"The style will always be the same - we want to control and dominate the game, be tactically strong and very good in transition. We saw all of those aspects today.

"We've had an outstanding performance today - a really significant performance - against a very, very good side with an excellent manager. Our players were tactically brilliant today; kept a clean sheet collectively as a team and scored three goals.

"We'll just stay calm. 10 games to go, we're in a good position and we just want to continue working at the level we've been at."

Suarez achieved the latest in a long line of Man of the Match awards for his personal contribution on Saturday, which included the opening goal, an assist for Sterling and drawing the foul which won the stoppage-time spot-kick.

In doing so, the Uruguayan extended his advantage at the summit of the Premier League scoring charts and established himself as the player with the most assists in the division so far this season. 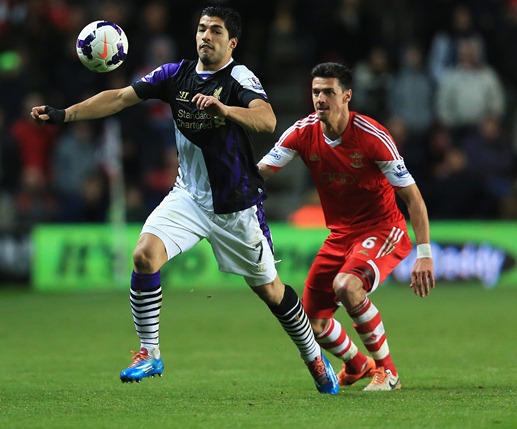 Rodgers commented: "Luis has been sensational; I think everyone was saying last week he'd only scored four of our last 33 goals. But he's a huge influence for us.

"Today was very much about the squad and the collective. Everyone had to do their job - the goalkeeper made a great save and we looked a real threat going forward."

The boss also reserved words of praise for defender Jon Flanagan, who racked up a 15th Liverpool appearance in this campaign after being overlooked for the England squad earlier this week.

"I thought he might have been in with a chance of the full national team because he's played in big games since he came into the team and has been outstanding - but I was equally as surprised he wasn't in the U21s.

"He is a young player and still has a way to go. He's improving all the time - you can see home and away he's playing at a really high level. He'll just continue to improve and develop and I'm sure he will get in there at some stage."