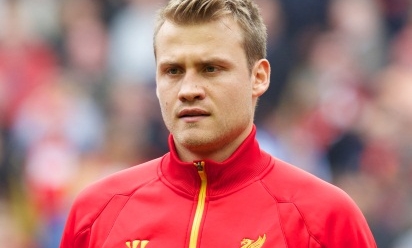 Preview: Our tribute to Ronnie Moran

The tenacity Liverpool have shown to snatch crucial victories from challenging situations, such as the weekend win over Swansea City, is apparently borne out of the spirit engendered in training at Melwood.

With little over a quarter of an hour remaining in their Barclays Premier League clash on Sunday, the Reds found themselves locked at 3-3 with the Welsh outfit, having surrendered their lead on two separate occasions.

Not the first time this season, though, Brendan Rodgers' team secured all three points by simply refusing to settle for less - with midfielder Jordan Henderson the man to strike the winner.

Supporters have witnessed similar feats, notably against Everton in November and at Fulham earlier this month, as their team have established a healthy position within the top four of the division.

The work in producing such turnarounds begins long before the players take to the field, explains Simon Mignolet, who revealed how competitiveness is present around the squad on a daily basis.

He told Liverpoolfc.com: "It's not only on the pitch, it's also on the training ground - we go until the end and everybody works really hard.

"We try to get the maximum out of every little session, even in small training games we want to win every single game. That's the spirit of the squad. We know that we'll work for the full 90 minutes, until the last minute of the game.

"There have been a few occasions now where we have got a result in the end out of positions where we weren't getting a result. This week and also Fulham, but I remember the derby with Everton at the beginning of the season as well.

"We've done that so far and hopefully we can keep that going until the last game of the season. There have been a few now; the one away to Fulham and now at home against Swansea.

"It's very important that you keep winning and it means we're able to continue in the same manner. We can look forward to the next game, which happens to be Southampton this weekend - which is obviously going to be a tough game again.

"But we'll try to do our best and make sure we get the result there as well."

The Belgian goalkeeper was rendered powerless to prevent any of the three efforts which flew beyond his reach against Swansea, beaten by a world-class finish, a deflection and a penalty.

As the campaign approaches a climax, however, Mignolet is fully aware of the importance of registering more clean sheets - and he is aiming to make that happen at Southampton this Saturday.

"We know that if we don't concede, it makes it easier for us to win the game," the 25-year-old continued.

"From that perspective, we have to try to score a few goals but also, on the other hand, make sure we keep it tight at the back. We'll try to do that against Southampton.

"If you start the game against Swansea at home, the first objective is obviously to try to win the game. That's what we eventually did.

"We were 2-0 up and, unfortunately, they came back into the game after a good goal by Jonjo Shelvey and the deflection after that.

"It was a bit disappointing to concede those two goals, although we went back in front just before half-time. At half-time, we were thinking about trying to score a few more goals and keep it tight at the back.

"Unfortunately, we conceded an early goal in the second half. But in the end we managed to get the three points, which was obviously the objective of the game."