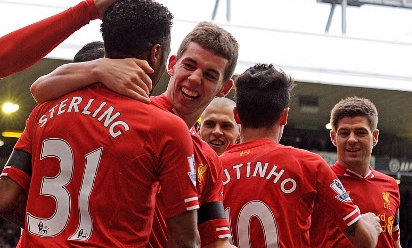 It will be the fourth consecutive game in which the manager has opted to go with the same starting XI.

That means the team which blew Arsenal away with four first-half goals at Anfield last time around will take to the field in the capital.

There's also a first appearance on the substitutes' bench for Portuguese Academy starlet, Joao Carlos Teixeira, who will wear No.53 tonight.

Click here to follow all of the action from Craven Cottage with our live minute-by-minute updates and accompanying audio commentary.