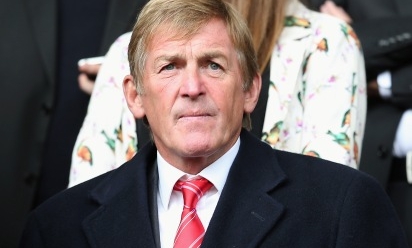 'Tour is about putting smiles on faces'

Kenny Dalglish claims Liverpool are 'in a very good position' to achieve their top-four dreams this season.

The Reds face Barclays Premier League leaders Arsenal at Anfield on Saturday hoping to close the eight-point gap between the two sides.

And, with the likes of Manchester City, Chelsea and Tottenham Hotspur still to visit Merseyside this term, the Kop idol believes there is no reason why Brendan Rodgers' charges can't return to the pinnacle of European competition.

Dalglish said: "Liverpool are in fourth spot right now and someone has to come and take it off them because they are not going to give it up.

"They are two points better off than the team below them [Everton] and they have a massively better goal difference.

"They have all the big teams apart from United to come to Anfield, and as the team immediately below them found out last week they are pretty awesome at Anfield.

"You have to play one game at a time but they are in a very good position at a good time."

The legendary No.7 points to the electric front pairing of Luis Suarez and Daniel Sturridge as the catalyst to Liverpool making this a successful campaign.

Dalglish added: "They have great individual ability and they sacrifice their individual talents for the benefit for the team and you cannot ask for any more than that.

"They just have to perform between now and the end of the season.

"If you score a lot more goals than you lose it is a good habit.

"Because they are attack-minded they might lose more goals than they would like to do, but there is no-one can be disappointed with the amount of points Liverpool have got so far this season."