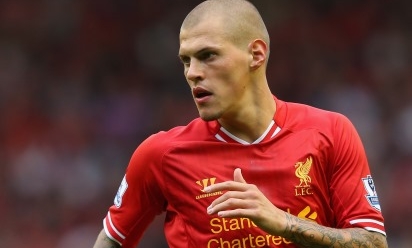 Martin Skrtel believes the 5-0 thumping of Tottenham Hotspur last weekend sent out a clear signal to the rest of the Barclays Premier League that Liverpool are a real force to be reckoned with.

The Slovakian was part of the line-up which recorded a 10th win of the campaign in breathtaking fashion at White Hart Lane, sending the Reds up to second place in the process.

Now Brendan Rodgers' team have the chance to go top of the table with a win over Cardiff City at Anfield on Saturday, and the defender hopes to deliver an early Christmas present by doing so.

"It's unusual to go to White Hart Lane and get a 5-0 victory, and the way we got that victory was unbelievable because we played so well," Skrtel told Liverpoolfc.com.

"So I think that was a clear message to all of the teams that we are here and we are ready to fight them.

"That was one of the best performances since I've been at Liverpool because for the full 90 minutes we dominated on the pitch and we scored five nice goals.

"To do that away from home against a side like Tottenham doesn't happen every time so I think it was a great win and I'm very happy with that.

"I just hope we can carry on this way in the next game as we have many important games in front of us and we will try and get as many points as we can.

"We can't wait for this game against Cardiff because we have won our last three games with some great victories and now it is the next game in front of us at Anfield.

"We want to get the three points because, if we do, we know we will be top of the table so that is a big thing for us and we will do everything to make that happen.

"Against teams like Cardiff it is very important to score an early goal because these teams usually come to Anfield to defend and stay back and try and play on the counter-attack.

"So if you score the early goal then they need to open their game so that makes it easier for us to play. We will be ready for them and we want to carry on our good form."

After finding himself out of the starting XI at the outset of the season, Skrtel is enjoying an excellent run of consecutive games back in the team.

Brendan Rodgers recently described the 29-year-old as one of the best centre-halves around, but the international captain knows he has to maintain his standards to retain a place.

He added: "I'm happy to be back in the team because of what happened last season when I was out of the team, and it was a very hard period for me.

"I was doing everything I could to try and get back in the team so now I'm back in I try to work and prove to the people I am the right person to start in the games.

"I am happy to be back, enjoying my game and I will fight for my place and do everything to stay in the team.

"Since I came to Liverpool I can say I was a regular first-team player. Last season in the second half of it I was on the bench and played only three or four games and I wasn't happy with that.

"In pre-season and the summer break I was talking to myself and I knew I needed to fight and show the people I am ready and able to play. That was the main thing for me and I knew I would get a chance and then it was up to me to grab that and stay in the team.

"The chance came in the game against Manchester United and since then I've stayed in the team and I'm doing everything that's possible to stay in the team."

The vast majority of the plaudits following the win over Spurs were directed towards the Reds' attackers, but the members of the backline were equally pleased with recording an overdue clean sheet.

Skrtel explained: "I think for the defenders and the goalkeeper it's always very important to keep a clean sheet and to keep one against a big and strong team like Tottenham was a big thing for us.

"We always try to improve and we know where we went wrong. If you look back on the games, some of the goals we have conceded have been from set-pieces - so that is something we have been working on and I hope we can get more clean sheets in the future."