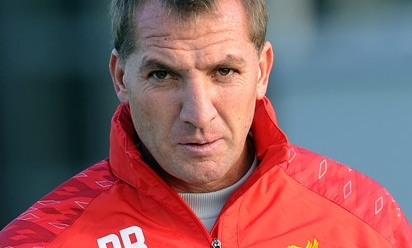 Reds boss Brendan Rodgers is confident that a blend of togetherness within the playing squad and a dedicated strategy by the club's owners can ensure success for Liverpool in the future.

Despite being without several first-team members for the trip to Tottenham Hotspur last weekend, the Northern Irishman's side ran out handsome 5-0 winners and climbed to second place in the table.

Rodgers remains committed to finding fresh recruits to enhance his options in the January transfer window, but is equally comfortable in promoting from within the group of players he already has.

"The squad we have at the moment is still relatively small, we have got a few players out," the manager told reporters at Melwood on Thursday.

"Of course, we would want to reinforce the group, but it has to be players that are clearly better than what we have that can come in and help the group.

"[In terms of] players going out, we don't have to move anyone out. If players aren't in the team, then they need to fight to get back in the team. That's the beauty of the squad.

"You saw the spirit in our team as well at the weekend. If you looked at our bench when we were scoring the goals and when we were winning, it was a happy bench.

"There's very much a togetherness here, and that's one of the key facets of the season so far."

A number of Barclays Premier League managers have left their positions in recent weeks, prompting Rodgers to take stock of the positive situation he and his team are currently enjoying.

"When I look at managers and decisions that have been made, it makes me really appreciate the decision I made to come here with the owners," he continued.

"They have been so supportive of me in my time here, but ultimately had a strategy and a vision in terms of how they wanted to work. They have brought someone in and trusted them to give them that time to implement it.

"We still have a way to go in order to be where I would want us to be, but I think it's clear that we're making progress - and you have to give the owners huge credit for that. Never once have I ever felt under any pressure.

"Even in the most difficult moments - the first five or six months here, when the transition was really taking place in terms of our identity and we didn't have a lot of coaching time with the players on the field - they were very strong and committed in terms of the choice they made.

"Hopefully as much as for anyone - the supporters and the players - over the longer term they will get their rewards for that, because they have shown that, strategically, they know where they want the club to go and they are prepared to give it time to evolve."

The 40-year-old also provided encouraging news with regards to the fitness levels among his squad, including a short update on captain Steven Gerrard, who is on the sidelines with a hamstring strain.

Rodgers said: "Steven is coming along very well, he is outside working and running. For the other players, it is as it was - there are no fresh injuries."