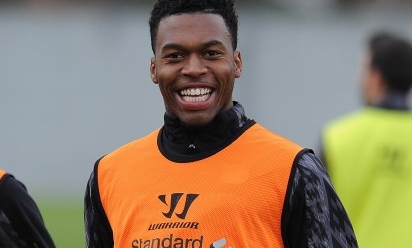 Daniel Sturridge could make a return to the Liverpool starting XI for Sunday's trip to Hull City after Brendan Rodgers revealed that the striker has trained 'exceptionally well' at Melwood this week.

The 24-year-old was restricted to an appearance from the substitutes' bench against Everton, heading home a dramatic equaliser with one minute left on the clock at Goodison Park.

Rodgers was asked by reporters at his pre-match press conference on Friday whether the Reds' No.15 is 100 per cent fit and available for Barclays Premier League action this weekend.

"He has certainly trained very hard this week, said the Northern Irishman. "We've got another day to go to prepare and see where all the players are at.

"I like to give all the players every chance to show that they can be in the team. He has worked exceptionally well and, when he does that, his quality is there for everyone to see."

The boss was also questioned on whether he had any other injury concerns within the squad. "Nothing at this moment," he responded.