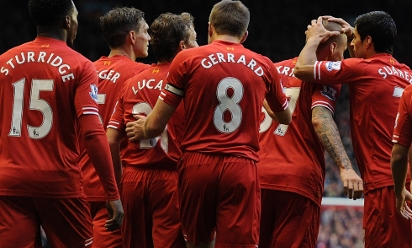 While accepting that the recent international break is not an ideal scenario ahead of Saturday's Merseyside derby, John Achterberg believes neither side will gain any kind of advantage.

Both Liverpool and rivals Everton have had key players away on international duty during the past 10 days, many of whom will not return to their clubs until Thursday.

Despite the disruption to preparations at Melwood, Achterberg is confident that plans are in place to ensure the Reds will be ready and raring to go come kick-off at Goodison Park.

"It's the same for every club," Achterberg told Liverpoolfc.com.

"We have a structure in place and two or three days before the game we work on those specific things. We should be able to get everything right.

"For our club the most important thing is they are fit and healthy when they come back. We need the team to be fit and be able to compete for the starting XI."

With No.1 goalkeeper Simon Mignolet away with Belgium, Achterberg has been busy making sure that Brad Jones and U21 stopper Danny Ward remain at the peak of their game in case they need to be called upon.

Achterberg added: "I work with Brad and Danny so I need to make sure they stay on top of their game.

"With the training it is difficult for us to get away and watch an international game but if there is a day off and we have the chance to go and watch a game then we will do it.

"On the other side, if that's not possible then we can watch the game on the TV and know how they are playing and then afterwards, in my case, discuss it with Simon.

"My interest when the international matches are taking place is mainly on Simon and I still look at Pepe [Reina] as well if he gets some minutes for Spain.

"I watch out for the countries where we have players playing to see how they do, if they score and what the result is, but my main focus is obviously Simon and hopefully he plays well."