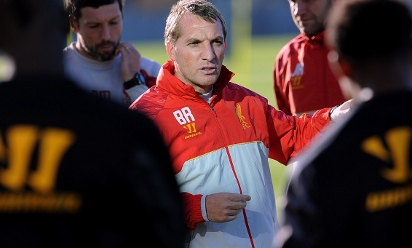 The LFC item you can't afford not to buy

Jordan Henderson's recall to the England squad on Thursday is the latest step in the midfielder's progression to become 'a really top player' according to Liverpool manager Brendan Rodgers.

Earlier today, the 23-year-old was named in Roy Hodgson's Three Lions squad for upcoming international friendlies against Chile and Germany at Wembley, almost 18 months after his last cap.

The news was no surprise to Rodgers, who has picked the No.14 for every Barclays Premier League fixture so far this season and observed an improvement with Henderson in each performance.

"It's great for the boy and it's merited from the start he's had to the season - he has been outstanding," the boss told reporters at his pre-Fulham press conference.

"It's a big credit to him that I've been able to play him in a couple of positions. He's that type of player; he can play in those positions really well.

"If you're going to a World Cup, you're going to need players that can play in a number of positions well. He can do that, he's shown already this season in a wing-back role and central midfield role how versatile he is.

"He always adds something to it. He's got a tremendous work-rate. You really sense the supporters taking to him now, appreciating what he's giving to the shirt.

"As each game goes on, he's getting better and better. Tactically he has improved, physically he's very good - his agility and mobility is excellent.

"He's gaining confidence from playing with good players as well. He'll make a lot of improvements over the next couple of years and can become a really top player."

Liverpool welcome Fulham to Anfield on Saturday afternoon aware that a victory over the Cottagers would, temporarily at least, reduce Arsenal's lead at the top of the Premier League to two points.

Rodgers' team were beaten by the early pace-setters last Saturday, but the Northern Irishman pointed to various reasons for optimism as the Reds enter the second quarter of the campaign.

He continued: "Having analysed the game twice afterwards, I thought they had better control of the game than us; that's something that is part of our identity that we're looking to improve.

"We're just looking to grow and improve our level in every aspect. That's something we'll continue to work on.

"If you look at where we're at, if you're averaging two points a game you would like to think you would get into the Champions League. Come Saturday, if we can get another three points - which we'll be fighting hard for - that would take us above that.

"We're just treating every game as an important game for us in our quest this year. We just need to keep focusing and keep our concentration.

"We've got some players coming back now, like young Philippe Coutinho, who adds a genuine quality to our game. My history as a coach shows that I love players with personality and technique.

"This is a player that has got a high level of technical ability and a strong personality. We've built a platform this year, but we have to keep pushing and moving forward or else it counts for nothing."

Journalists gathered at Melwood also asked the manager for an update on the development of defender Martin Kelly, who has featured on just two occasions to date during 2013-14.

"It's just getting him fit - that's the most important element of Martin's career at the moment," explained the 40-year-old.

"I gave him a little sample in the game at home to West Brom. He came on and, afterwards, he probably didn't feel quite right, which is why young Jon Flanagan played in the Arsenal game.

"It's just going to take time for him. It's great credit to him that he's playing in the U21 games to get his fitness. He's a multi-functional player - he can play both full-back and centre-half well. It may well be that centre-half is his position.

"But he's working very hard at his fitness and we're trying to give him as much game time as we possibly can outside of the first team, so that when he goes in he can really contribute without having to worry about whether he's going to break down or not.

"He was excellent when I first came in here last year - he started the season very well and was one of our best players. It was unfortunate he picked up the injury. He's a good guy.

"He comes in every day to work and work hard. Naturally, when you've been out for so long you're a bit tentative. When he played against West Brom, it was his first Premier League appearance for 14 months, so naturally it's going to affect you in some way.

"As he trains and gets more games in the U21s, you'll hopefully see him get back to where he was at - which is a really high level."

And finally, there were further words of praise from Rodgers for centre-back Kolo Toure, who has quickly amassed 11 appearances for Liverpool since joining on a free transfer last summer. 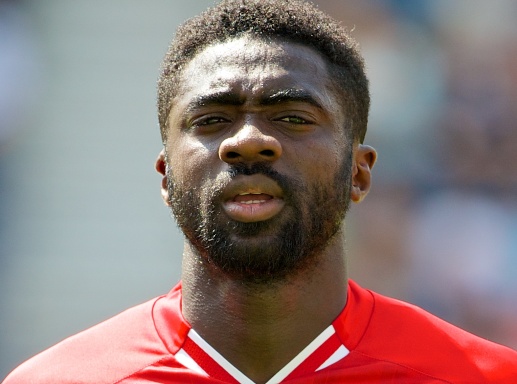 He concluded: "When we assessed the squad at the end of last season, we felt we needed to bring in proven winners with experience, but players that still had the hunger to succeed.

"To be able to get Kolo Toure on a free transfer, at 32 years of age, was great business for the club. He's been a model professional, with great enthusiasm.

"His fitness is still at a really good level; he's still quick and strong. He's a great leader of the game, he manages the game in a very similar way to what Jamie Carragher did.

"He has been outstanding. He's a player that can play in a couple of positions, and he has made a great contribution in this short period."