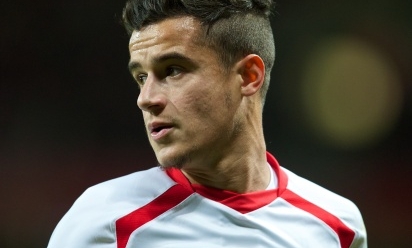 Kop legend Jan Molby has delivered an ominous message to the rest of the Barclays Premier League: Philippe Coutinho will get even better.

The brilliant Brazilian made his comeback from injury in last Saturday's 2-0 defeat by Arsenal at the Emirates Stadium, completing 45 minutes.

Molby believes he'll have a huge role to play in helping inspire the Reds to success this term.

"I don't think I need to tell any Liverpool fans what Coutinho is capable of as he just brings something different," the Dane told Liverpoolfc.com.

"He's different to all the other midfield players that we have; he can go past people and see people early on. We saw it on a couple of occasions when he came on at the Emirates.

"It was obviously a very difficult situation when he came onto the pitch at a time when Arsenal were dominating, but he looked good in possession and I'm convinced he's only going to get even better."

Despite the defeat in the capital last weekend, Molby insists Liverpool are more than capable of finishing in the top four this season, and has backed the Reds to quickly bounce back to winning ways on Saturday against Fulham.

He added: "I still firmly believe that the target from within Liverpool is to get into the top four and that challenge is very much on.

"You look at our next five games and I think we need to win four of those. We've got the derby coming up at Goodison which can go either way, as they are still unbeaten at home. But the other games are winnable.

"I'm not worried because I think Coutinho, Suarez and Sturridge will keep our season going right into May.

"Arsenal this season have played 17 games and we have only played 11. At some stage that will show and the fact we've only got the FA Cup besides the league will benefit us."