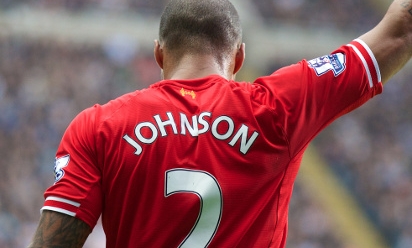 Brendan: We won't get carried away

Glen Johnson believes the camaraderie and spirit within the Liverpool dressing room can play a key role in helping take the team far this season.

Brendan Rodgers' side have made an excellent start to the campaign and are currently third in the Barclays Premier League, just two points behind Arsenal.

Johnson puts the team's good form down to everyone pulling together and working hard for each other.

"We've always had a good mood in the dressing room," Johnson told Liverpoolfc.com.

Liverpool's No.2 recently returned to action after a six-week lay-off with a knee injury and he was quick to allay fears of suffering any setback during last weekend's win over West Bromwich Albion.

Johnson took a knock to his knee and had to be replaced by Martin Kelly but he insisted the change was made purely as a precautionary measure.

He added: "I'm fine for Saturday. I've had a sore knee for a few weeks, but it's nothing to worry about and I just came off as a precautionary measure, really.

"It's always a difficult period when you are injured and you are watching training and seeing the lads playing in the games, which is exactly what you want to do. It's hard at times, but it is part of the job and you've just to grind them days out."

Since his return to the team, Johnson has been operating as a wing-back after Rodgers elected to utilise a 3-5-2 formation - and it's a role he's relishing.

He added: "It's ideal for me. Sometimes players play in different positions and things like that but I think the wing-back role suits me and it's just good to be back playing again.

"Hopefully I can get some goals. Every player enjoys scoring goals and the more you get the better it is for the team."

When asked if he had any goal targets playing in this new role for Liverpool, he joked: "Just to beat Jose Enrique!"