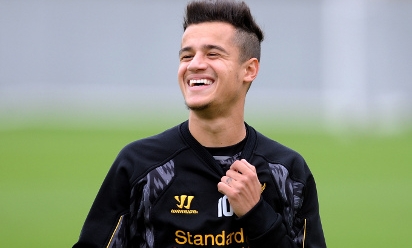 Brendan Rodgers has confirmed Philippe Coutinho could return to action against Arsenal this weekend.

The Brazilian playmaker has been sidelined since undergoing shoulder surgery after sustaining an injury during the Reds' clash at Swansea City in September.

However, having returned to training recently, Coutinho is now in contention to make his comeback at the Emirates on Saturday evening - though Jose Enrique remains a doubt.

Rodgers told his pre-match press conference at Melwood: "Jose will be a question mark for the weekend, but Coutinho is great.

"He's been given the all clear by the specialist to come in.

"He's been training for the last few weeks, so he'll come back into the squad."