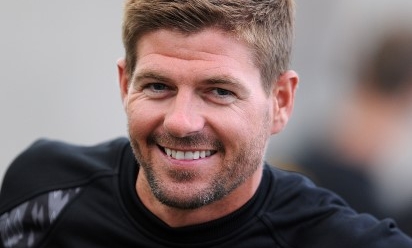 Steven Gerrard's achievement of 100 goals in the Barclays Premier League is all the more impressive considering he is a midfielder, according to Liverpool's all-time record scorer.

The Reds captain reached the milestone when he stepped up to stroke home a first-half penalty against Newcastle United on Saturday.

Ian Rush found the back of the net 346 times himself in all competitions while representing the club, and ranks Gerrard's milestone highly given where the 33-year-old plays on the pitch.

He told Liverpoolfc.com: "It's an incredible achievement and all for Liverpool Football Club as well. That's another good thing. He's a bit like Carra - a one-club man.

"That goes to show how good a player he has been. For Stevie to do that from midfield shows his loyalty to the club, but also what a great goalscorer he is."

The No.8 has often settled into a deeper role in matches this season, dictating the tempo and rhythm of Liverpool's performance with his passing and vision.

Rush observes that adaptation as an example of the captain's team ethic and nevertheless expects the England international to register double figures in front of goal this season.

The Welshman added: "He has been more experienced, he is a captain now - he leads by example and is being disciplined. That's what Steven has been doing.

"Of course you want to get him forward to score goals; he will still get you 10 or 15 goals a season. He's a great player.

"He's captain of the club, he's working as a team rather than an individual. We'll need Stevie this season if we're going to be successful."