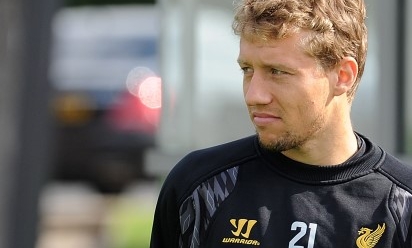 'Wisdom loan great for everyone'

In the latest episode of our weekly magazine programme, #LFCWORLD, Liverpool midfielder Lucas Leiva opens up about what the club means to him and why Reds supporters are unlike any other. 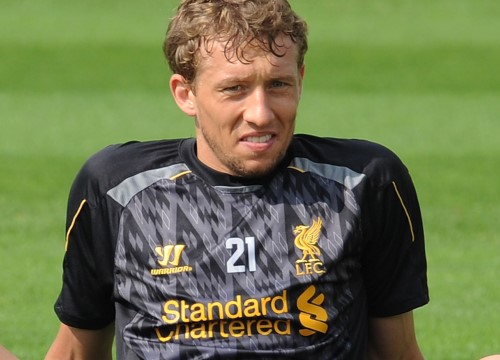 The 26-year-old has experienced a unique journey at Anfield since joining the club in 2007, slowly but surely becoming a fan favourite with his enforcing performances in the middle of the park.

Read on for a full Q&A with the Brazilian, in which he reflects on what LFC and the fans mean to him; LFCTV Online subscribers can watch the feature in full by clicking play on the embedded video below.

If you have not already signed up to LFCTV Online, join now starting from £2.99.

What does it mean to play for Liverpool?

It means a lot. It means that you are representing a family, a lot of people who are really crazy for the club and have supported the club for many years. They really want you to do well. When you get on the pitch, you play for your family, yourself and also for the fans around the world. I have a very good idea from when we go on tour - the many supporters we have are not only in England but around the world. That's why you have to play for them as well.

What is unique about the club's supporters?

The passion, the way they support, especially in the bad times. It's easy to support a club or a team when everyone is doing well. But when you have bad or difficult moments like we have had in the last few years, the supporters are there, still believing and sending us nice messages. That is unique from Liverpool fans.

What does 'You'll Never Walk Alone' mean to you?

It's always an emotional time when they sing 'You'll Never Walk Alone'. Unfortunately, as a player you can't really enjoy it much before you play because you are really focused on the game. But when my family come from Brazil, they get really emotional; a few of them cry when they listen to the music. It's the song of the club, the music of the club, and the way that they sing at the stadium is just amazing.

What do you love most about Anfield?

It's a mix of everything; the pitch, the supporters, the music. It's a combination of a lot of factors that make the atmosphere so good for the players. That's why I think Anfield is probably the best stadium in England to play in.

What has been the best Anfield atmosphere?

Normally the games against Manchester United are always special, and the derbies. But I remember the game against Inter Milan, when I had the chance to play when we won 2-0. It was a really good atmosphere. The European nights were always special, that's why we really want to put the club back there because we know how much it means for the fans as well.