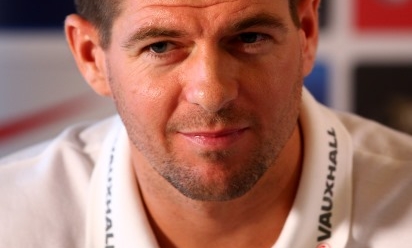 Spend an afternoon with Jan

Should England seal their place at the 2014 World Cup with victory over Poland at Wembley this evening, Liverpool midfielder Steven Gerrard expects to be the 'proudest man in the country'.

The 33-year-old has skippered the Three Lions throughout their Group H campaign and can successfully complete the qualification mission with three points from their final fixture.

An encouraging performance in hammering Montenegro 4-1 on Friday night has left Roy Hodgson's team with their fate in their own hands - and Gerrard is determined to achieve the target.

"I'll be the proudest man in the country if we get the win we're after," he explained.

"We're all aware about how big this is and about what's at stake and we need to seize this moment.

"When Roy first called me and gave me the captaincy full time, this was the job he gave me: to do as well as we could in the Euros and then lead the lads to Brazil.

"So it would be a big personal achievement for me to say I was the real captain through a campaign and took the lads to Brazil. I'd be delighted.

"We want to try and avoid the play-off situation, even if it is a safety net, but the lads want to get the job done and finish it off in style in front of our fans.

"There's a huge expectation among the fans and the media that comes with playing for England but the word 'fear' isn't helpful. There is pressure but you've got to be excited by games like this, about being in this position.

"At times in the past the team has played with too much fear and pressure on us but Roy has created an atmosphere that is very relaxed but, at the same time, very professional, and he continues to show trust in his players."