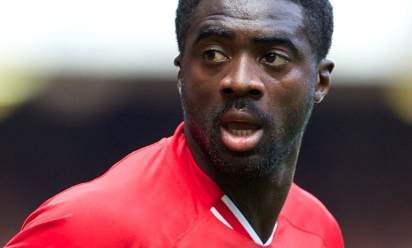 Martin Kelly has explained how Kolo Toure is fast becoming a key influence in the Liverpool dressing room just months after arriving from Manchester City in the summer.

The veteran defender is already something of a fans' favourite, having endeared himself to the Kop with a string of composed and fearless displays.

Kelly admits the Ivorian has had a similar effect on his teammates at Melwood - and revealed how Toure is so keen to help, he'll even stop to give the opposition tips in practice matches.

"Kolo's a great person," Kelly told Liverpoolfc.com. "He's come in as a big character for the club and helped a lot around the dressing room.

"Whether he's on your team or not in training, he's giving advice to everyone and you like that as a defender. You like feeling as though you're a full team.

"There are big players here who are helping to keep everything together, from the goalkeepers straight through to the strikers. That's been the balance in our team so far this season. It's been brilliant."

Four new defenders arrived at the club during the summer transfer window in the form of Toure, Aly Cissokho, Mamadou Sakho and Tiago Ilori.

Kelly insists that the newcomers have already improved the Reds' back-line - and he's relishing competing with them for a place in the starting XI, following his recovery from an ACL rupture sustained in September 2012.

"I think at a club like Liverpool there's always additions that are going to come in to bolster the squad and make it as strong as possible," said the defender.

"You can see our team now and the way that we're playing is fantastic. We're playing really well as a team defensively as well as in attack.

"When we take the lead, we're holding on and getting the win. That's what's vital for us to progress this season. The additions are great and as a footballer trying to get my place back, it just makes me more determined to get my chance."

In recent weeks, Brendan Rodgers has altered the tactical make-up of the side to include three centre-backs operating alongside wing-backs.

While Kelly had just 23 minutes to adjust to the formation in his first match of the season against Manchester United at Old Trafford, the defender has worked on the new system in training.

He's comfortable with the alterations - and insists he's equally relaxed about where the manager wants him to operate out on the field.

"A player has to adapt," said Kelly. "I don't mind playing at wing-back or full-back. I can play both.

"At a club like Liverpool when you need to change, the players have got to be good enough to adapt and play the way the manager wants them to play.

"The key to our defence being solid has been good defenders who can work with each other, as well as signing a top-class keeper.