Liverpool's December fixtures against Tottenham, Cardiff, Manchester City and Chelsea have all been altered. 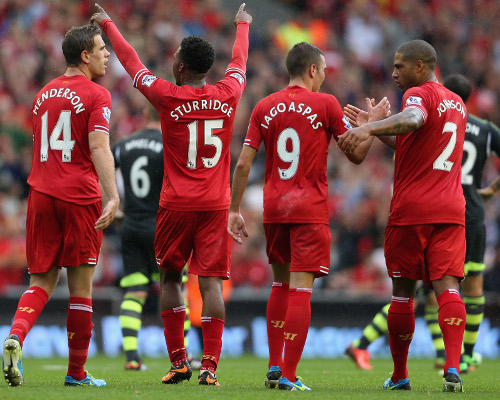 The Reds' trip to White Hart Lane to face Spurs, which was scheduled for Saturday, December 14, will now take place on Sunday, December 15. The game will be shown live on Sky Sports at 4pm GMT.

Brendan Rodgers' side will then host Cardiff at Anfield on Saturday, December 21. Kick off in this match has been changed to 12.45pm and the game will be live on BT Sport.

On Thursday, December 26, the Reds travel to the Etihad, where they will face Manchester City at the later time of 5.30pm. BT Sport will be broadcasting the game live.

Finally, Liverpool's clash against Chelsea at Stamford Bridge, originally scheduled for Saturday, December 28, will now be shown live on Sky Sports at 4pm on Sunday, December 29.