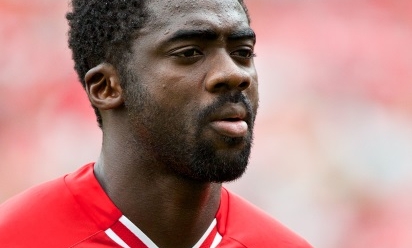 Liverpool defender Kolo Toure believes there is 'no doubt' that the current Reds team has enough quality to secure a Champions League berth this season.

Brendan Rodgers' side have enjoyed a prosperous opening to the 2013-14 campaign, winning five out of seven Barclays Premier League matches en route to second place.

After beating Crystal Palace 3-1 at Anfield on Saturday, the squad disassembled to represent their respective countries on international duty - providing a chance to reflect on their progress so far.

"There's no doubt this squad is good enough to get a Champions League place," the 32-year-old said.

"We have so many good players and there's a great mentality here. We are at a fantastic club. We need to keep playing well every week and give 100 per cent for our teammates and the fans.

"We're up there and now it's very important to try to stay there. A season is like a marathon and there will be plenty of ups and downs. We're happy with where we are but we must keep working hard and try to be as close as possible to the top.

"The Premier League is a tough competition and we can't look too far ahead. We'll take it game by game and be really focused because we know there are really hard games in this league. Every game is like a final for us. Let's see how far we can go.

"We will learn from the mistakes we made against Palace. We lost a little bit of concentration after scoring three goals so we have to keep playing and moving the ball to prevent the other team from being dangerous.

"We needed to control the game better than we did in the second half. The manager has told us we have to improve on that. But there were also a lot of good points in that game and the most important thing is we got the three points.

"After losing at home to Southampton, it was vital we beat Palace at Anfield and we did that. When you get goals early in games that makes it much more easier.

"The next challenge will be Newcastle. When we all come back to Melwood after the internationals it will be like a new season starting again."

With Daniel Sturridge and Luis Suarez thriving in combination since the latter returned from suspension, the Reds are the third-highest scorers in the Premier League with 11 goals.

However, a defence now including Toure and fellow summer signing Mamadou Sakho has been equally impressive, giving the Ivorian confidence in every department.

The No.4 continued: "Our forward line is so strong. In Luis Suarez and Daniel Sturridge we have two great strikers. Victor Moses is also a very important attacking player for us.

"Luis showed against Palace and Sunderland why it was so important the club kept him this summer.

"We all wanted him to stay because he is a such a top striker. To have players like him and Sturridge is so important. They are both goalscorers and are doing a great job for the team.

"Sakho has settled in very quickly. He is a fantastic player and has proved that in the matches so far. He's strong in the air, powerful, good with the ball at his feet and very intelligent. He's a France international and has already shown his qualities for us."

With a number of defenders now at his disposal, Rodgers has been able to deploy a 3-5-2 formation in recent weeks, and Toure believes the level of competition has made the Reds 'very strong'.

"It has taken a lot of work on the training ground," said the centre-back. "The manager tells us what he wants and then us defenders work and talk to each other to make it happen.

"We have really clever players who have been able to understand that change really quickly. That's shown in the results. Sakho, Skrtel and Agger are all great players so there is good competition for places and we look very strong at the back."

Toure has featured in all but one of the Reds' Premier League fixtures since completing a free transfer switch from Manchester City during the summer.

His form has been impressive enough to earn a recall to the Ivory Coast national squad for a decisive World Cup play-off against Senegal, with the first leg set for this Saturday, October 12. 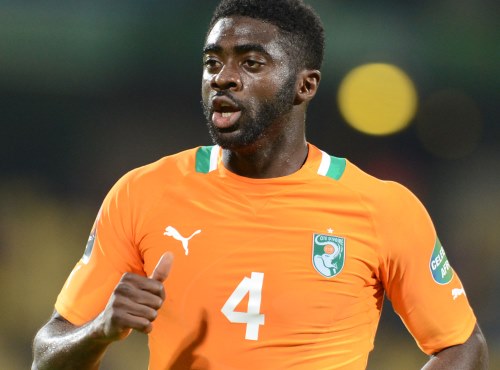 He added: "They are very big games and I can't wait to play in them. They were always calling me about playing for my country but I told them I had to prepare myself.

"I had to take time and get back playing again because when you don't play for your club it is always very difficult to play for your national team.

"You need to be fit to play and I wasn't playing a lot for City but this is a new start for me now. I am playing for a great club in Liverpool and I hope to help my national team go to the World Cup.

"There is great respect for Liverpool in the Ivory Coast. They know I've been playing regularly for one of the best clubs in the world.

"Everyone in Ivory Coast has been waiting for me. When I was not playing they were talking but I knew what I was doing. I knew my qualities. I just had to work hard and get playing again. Now I'm ready to help my national team."