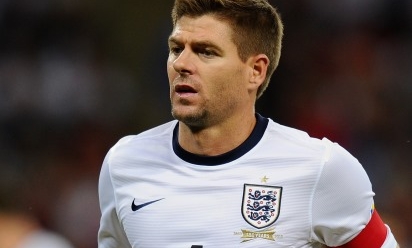 A total of 13 Liverpool players have been selected to represent their country during the next week, with a number of crucial World Cup qualifiers to take place in Europe and further afield.

Reds vice-captain Daniel Agger has been called up by Denmark for their World Cup qualifiers against Italy and Malta in Group B. The Danes are currently third in their section, behind Bulgaria and the Italians.

His defensive colleague, Martin Skrtel, will be in qualifying action too - his Slovakia team cannot progress from Group G but complete their campaign with trips to Greece and Latvia.

England require two victories to ensure their place at the World Cup next summer, with Steven Gerrard and Daniel Sturridge part of the squad tasked with overcoming Montenegro and Poland.

Jordon Ibe and Raheem Sterling will also represent the Three Lions at youth level; the former takes on Slovenia, Andorra and Switzerland with the U19s, while the latter faces San Marino and Lithuania for the U21s.

Defender Tiago Ilori has also been called up by the Portugal U21 side for their qualifiers at home to Israel and away against Azerbaijan.

Liverpool goalkeeper Simon Mignolet will be with the Belgians as they try to secure the remaining points they need to reach Brazil. They face Croatia away from home before hosting Wales.

Summer signing Mamadou Sakho was chosen by France for their home friendly against Australia and subsequent World Cup qualifier with Finland - both to be held at the Parc des Princes in Paris.

Having automatically qualified as hosts, Brazil will participate in two friendlies, and Lucas Leiva has been recalled to their selection for fixtures with South Korea and Zambia.

Fellow defender Kolo Toure is in contention to feature in the first leg of Ivory Coast's World Cup play-off against Senegal, while in the same region Victor Moses and Nigeria travel to Ethiopia.

In the final rounds of South American qualifying, Luis Suarez will represent Uruguay in their crucial tie away at Ecuador and mouth-watering clash at home to rivals Argentina.