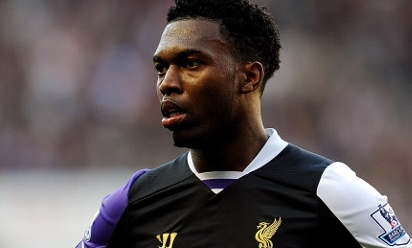 An historic day for LFC Ladies in photos

Daniel Sturridge was pleased to turn provider as he served up two assists for Luis Suarez during Liverpool's 3-1 win over Sunderland on Sunday.

Sturridge opened the scoring himself when he converted Steven Gerrard's corner on 27 minutes before teeing up Suarez to notch the Reds' second.

Emanuele Giaccherini pulled a goal back for Sunderland, but the points were secured late on when Sturridge and Suarez combined to clinch the win.

"It was a tough game and I don't think we played as well as we could have in the first half, but we went in 2-0 up," reflected Sturridge.

"It was very difficult in the second half. I think we took our foot off the pedal a little bit and once they scored the goal, it got a little bit difficult for us.

"But in the end we defended well and we got a late goal which killed it off.

"Luis gives me angles to play in and for me it's about getting assists as well as scoring. It's about the team winning games.

"If someone's in a better position, you put them in and allow them to score the goal.

"It's great to have Luis back. He gives us options and he's one of the best forwards in the league. We form a good partnership.

"We miss Philippe Coutinho with his injury, but we've got some great players in this team and I'm happy to be playing with such world-class players."

Suarez's second goal of the game was the first Liverpool have scored in the second half of a match in the Barclays Premier League this season.

Sunderland threatened the Reds' lead after the interval; however, Brendan Rodgers' side held out to clinch their second victory on the road of 2013-14.

Sturridge said: "Against Swansea we were in a good position and we conceded in the second half after leading 2-1.

"That was something that we've learned from and the manager has emphasised about killing games. It's not always about scoring goals from long balls, it's about killing the game by taking your foot off the pedal and keeping the ball.

"We worked hard as a team and that's what it's all about - the team ethic."

The victory sees Liverpool move into second place in the Premier League after six games, two points behind leaders Arsenal and level with Tottenham.

However, Sturridge is determined to not get carried away by league table positions at such an early stage.

"It's early days. We need to take every game as it comes," said Sturridge. "That's the most important thing. Don't worry about the future, worry about the here and now."