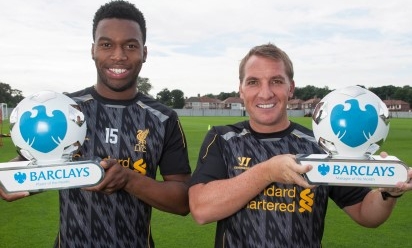 Liverpool boss Brendan Rodgers and in-form striker Daniel Sturridge have been honoured with the Barclays Premier League Manager and Player of the Month awards for August. 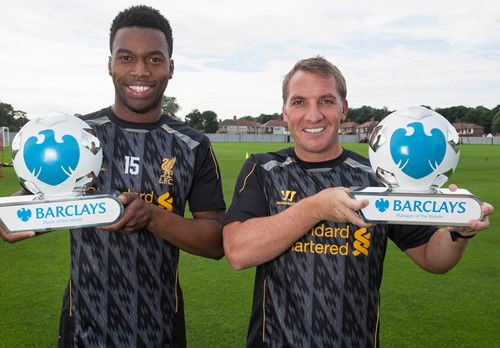 Rodgers oversaw three consecutive victories for his team to kick off the 2013-14 season, with the Reds' nine-point total ensuring top spot in the standings during the recent international break.

For his part, Sturridge has been the match-winner in all three fixtures to date - firing the crucial goals against Stoke City, Aston Villa and Manchester United.

The 24-year-old has now struck 16 times in 20 appearances since arriving at Anfield, and his effort at Villa earned the club's Goal of the Month prize for August earlier today.